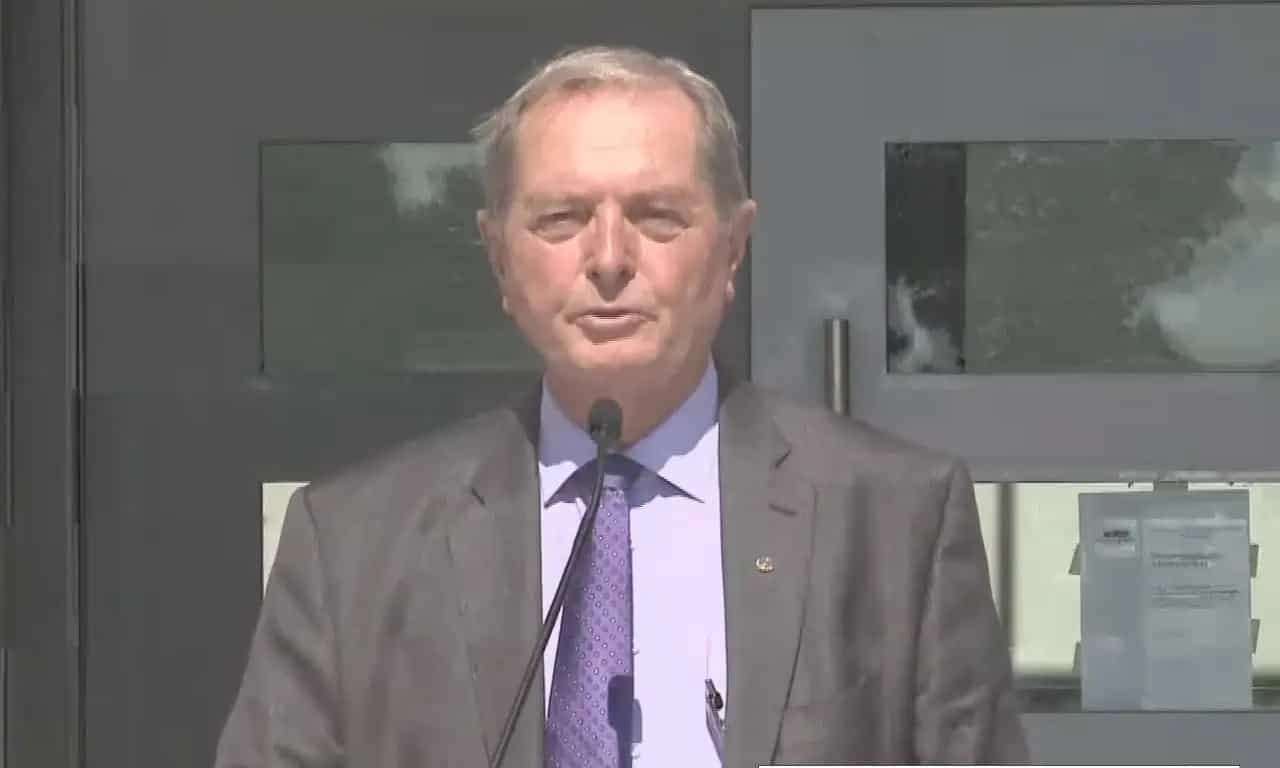 Hamilton moved ahead with a change to how it selects one citizen appointee to the police services board — which Ward 12 Coun. Lloyd Ferguson described as “white males need not apply.”

Councillors on the audit, finance and administration committee voted 4-1 today (Sept. 22) to approve the creation of a special selection committee that will recommend a citizen representative for a seat on the Hamilton Police Service Board. Questions for candidates would be submitted confidentially by Hamilton Police as well as advisory committees on gender equity, Indigenous issues, anti-racism and disability justice. The elected leadership of the city would have the last word on approving that appointment.

City council would getting prospective candidates for the spot on the board  from an 11-person group that would have one more regular Jane or Joe than elected officials. That proposed 6-5 balance — which Ward 9 Coun. Brad Clark suggested revisiting when the proposed change goes to the full council — appeared to strike a chord with Ferguson.

“So when you advertise this, will you put down, ‘white males need not apply?’ ” Ferguson asked a City of Hamilton staff member after the report recommending the change was presented.

“I just worry it’s a slippery slope to go down,” Ferguson added. “It was a tongue-in-cheek question.”

Ward 1 Coun. Maureen Wilson asked, through meeting chair and Ward 10 Coun. Maria Pearson, that Ferguson apologize for the comment. Pearson ruled the comment out of order.

About 1 in every 5 Hamiltonians are racialized. All but one of the 16 elected representatives on council, including Ferguson, present as white. The city is located on traditional Indigenous territories of the Erie, Neutral, Huron-Wendat, Haudenosaunee and Mississaugas of the Credit First Nation, and HPSB chair Pat Mandy is a member of the Mississaugas.

In June, both the Hamilton Anti-Racism Resource Centre (HARCC) and Hamilton Centre for Civic Inclusion (HCCI) called for the police services board “to start a systemic process of police accountability and oversight in consultation with communities that Police institutions and Police officers constantly harm.” The social justice groups pointed to data from both the Toronto and Hamilton police that show police “disproportionately use force” against people who are racialized.

“It’s not enough to simply release the data and apologize; we need it to stop,” the joint statement said at that time.

On Thursday, Clark, Wilson, Pearson and Ward 11 Coun. Brenda Johnson voted to accept the staff recommendation as is. Ferguson voted against it, although he indicated that he would have been supportive if there was an even ratio of citizen reps to council reps.

During debate, Wilson pointed out that London, Ont., has a similar process for one police board appointee. She also pointed out that the calls that led to the staff recommendationg buck a trend of declining voter participation and attacks on democracy.

“What we’re hearing from equity-seeking groups is not that they reject institutions, but they want in and want a seat at the table,” she said. “I think that is something that, at a time when our institutions are under threat, that we should be embracing. That is amazing and a statement of authenticity.

“We’re not exactly breaking new ground, per se,” she said in reference to the London example. “And the decision rests within the domain of an elected and accountable council.”

Clark made a similar point, while noting that the ratio of citizen representatives to councillors will bear revisiting.

“We have to build a bridge that we can walk over together,” he said. “This is about our community, everyone.”

Clark, in making a case for even numbers, cited a local board that was chaired by none other than Coun. Ferguson. He pointed out that the Hamilton Conservation Authority consists of five citizen volunteers and five city councillors.

“The Hamilton Conservatiion Authority is a good benchmark,” Ferguson said in response to that suggestion (some time after his comment about “white males”).

“I do practise EDI (equity, diversity and inclusion), but where you slant the vote to a 6-5 vote, it makes it uncomfortable,” he said. If you change it from six-and-five, to five-and-five, I’d support it. I’d rather have it amended here today, I’d second that today.”

Clark replied that he believes that discussion was best saved for when the entire council could have the change to weigh in.

Ferguson announced two months ago that he would not be seeking re-election on Oct. 24. He has been the councillor for Ancaster since 2006, and served nearly 29 years in elected positions.

Mandy, who was the first Indigenous president of the College of Nurses of Ontario, became chair of the seven-member police services board last Nov. 25 after Mayor Fred Eisenberger stepped down and nominated her.

In addition to Mandy, Robert Elms and Mel Athulathmudali are the other two provincial employees. Fred Bennink, a retired businessman, has been the council-appointed citizen rep since March 2019.

The appointment of Mandy last fall coincided with incidents that underscored conflict between much of the general public and HPS. During that very week, six social justice and housing advocates, five of whom are Black, were arrested by Hamilton Police officers after supporting unhoused people during an encampment eviction at J.C. Beemer Park.

The charges against all six were dropped just weeks later. The police services board declined to support calls for a judicial review issued by Black community groups. A community garden has since been created at Beemer Park.