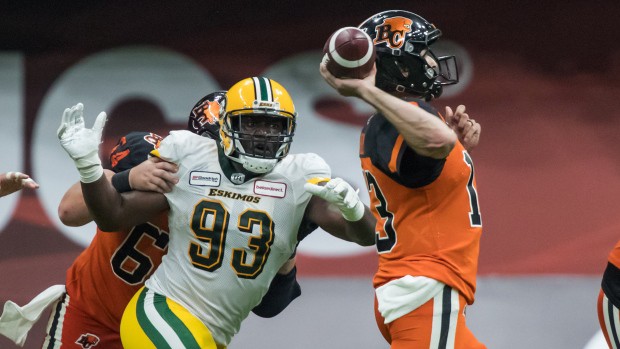 Milton’s Kwaku Boateng will be adding another accomplishment to his repertoire after being inducted into Wilfred Laurier University’s Sports Hall of Fame.

Boateng played four years for the Golden Hawks and is Wilfrid Laurier’s all-time sack leader. He was named a 2016 CIS Men’s Football Second Team All-Canadian and is a two-time Academic All-Canadian. Boateng helped Laurier win the Yates Cup in 2017.

Boateng was drafted by Edmonton with the 41st overall pick in the 2017 Canadian Football League Draft and has received invites to work out for several National Football League (NFL) clubs, like the New York Jets, Los Angeles Chargers, and New York Giants.

Boateng has been the recipient of five sports awards at Laurier.

Created in 1986, the Laurier Golden Hawks Hall of Fame has recognized former athletes for their accomplishments in post-secondary varsity sports as well as in Ontario University Athletics.