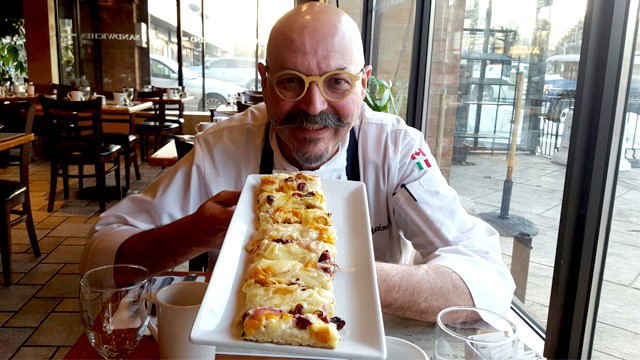 Although it’s been a cold and rainy spring, summer–and summer weather, yay!–is right around the corner.

You know what that means?

Celebration Square’s Movie Nights, presented by Tim Hortons, are about to kick off (and this time, the first movie night of the year is starting with an appearance by acclaimed celebrity chef Massimo Capra).

If you’re a movie aficionado (or if you just like catching flicks outside), you’ll soon be able to pack your blanket, lawn chair and snack and set up shop in the Square for a few hours.

The first movie night will take place on Thursday, May 25 at 8:00 p.m. From that week on, residents (and guests, of course) can check out movies at the Square almost every Thursday until Aug. 31.

Another bonus? Insauga.com’s own Khaled Iwamura will be hosting the 7:30 p.m. weekly pre-show, LIVE with Khaled I.

This summer, insauga.com is premiering its brand new Facebook Live talk show that can be seen anywhere in the world. The show will feature appearances by celebrity chefs who will perform live cooking demos and the audience can ask questions to the chef via Facebook Live.

And like we said earlier, Capra, owner of the brand new Capra’s Kitchen restaurant in Clarkson, will be on hand to create a some culinary masterpieces on May 25.

So, if you want to check out Massimo and The Secret Life of Pets, be sure to hit the Square nice and early.

The film lineup is as follows: