While the brand new Food District officially opened in Square One in Mississauga on April 1, the shopping centre will be hosting a grand opening celebration tomorrow (April 4).

It will be introducing the higher-end food emporium to the masses with, fittingly, a cake smash.

Square One says it's launching Food District with the help of local celebrities and notables including Danielle Graham (eTalk), Kayla Grey (The Sports Network), Shinan Govani (Toronto Star), and Hazel McCallion (former mayor of Mississauga) who will be competing in a public cook-off in The District Kitchen. 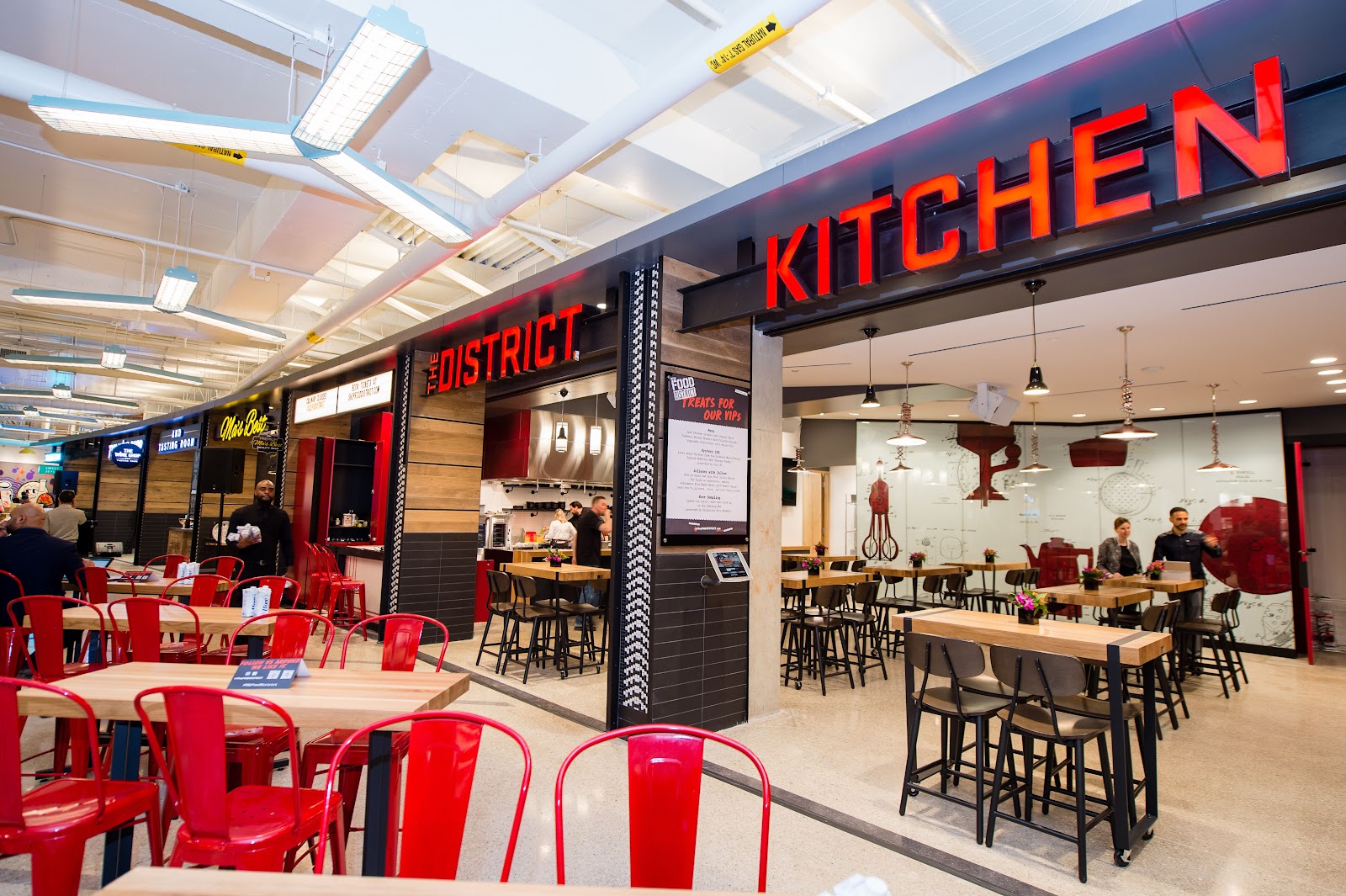 In addition, the shopping centre will be hosting a giveaway for the first 100 people in line to win a Chopping Bag (which is an apron that turns into a tote bag) along with other prizes.

Square One said the $580 million redevelopment (which also includes the Cineplex-owned Rec Room, Uniqlo and Indigo) is one of the most ambitious projects of its kind in North America. The almost 40,000 sq. ft. Food District offers local, handmade and high-quality foods in a setting that embraces both new- and old-world food emporiums.

It's got restaurants, a butchershop, a fishmonger, food tastings, cooking classes and more.