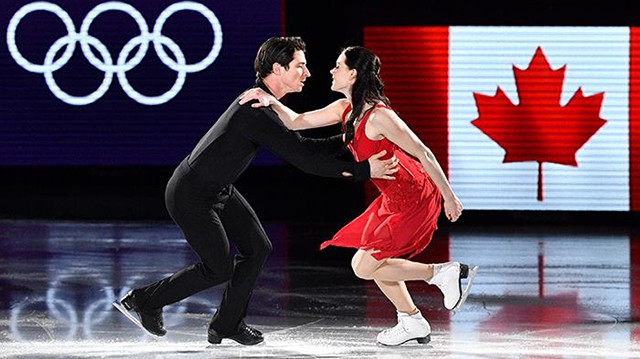 If you love skating or romantic intrigue (Are they dating? Should they be dating? Are they secretly married?), you might be very happy to hear that two of Canada’s most famous (and beloved) athletes are about to hit a skating rink very close to you.

The Canadian Tire sponsored Thank You Tour, which will include performances by Tessa Virtue and Scott Moir, will be hitting the Paramount Fine Foods Centre (formerly the Hershey Centre) on October 28.

Attendees can check out one of two performances, an afternoon show at 3:00 p.m. or an evening show at 7:30 p.m.

“Canada has produced the most talented figure skaters in the history of the sport with household names like Virtue, Moir, Chan, Osmond, Stojko and more who have reached the pinnacle of the sport in the Canadian Nationals, World Titles and Olympic Games,” organizers wrote on the event’s website.

“As a ‘thank you’ to their home country, these Canadian greats will embark on The Thank You Canada Tour, presented by Round Room this fall.”

“When we tackle a project, we want to be all in. That level of investment is critical for us, and we know it’s when we produce our best work. Putting together a skating show that feels fresh, vibrant, and different is an incredible challenge we are fully embracing, and we’re committed to ensuring audiences get a spectacular show,”  says Tessa Virtue & Scott Moir

Patrick Chan is also excited about the tour.

“I feel as if our careers are just beginning. We’re joining forces to bring a new show to all Canadians. There are so many amazing people across Canada who have supported this group, we wanted to thank them all. We are going to do just that,”  said Chan.