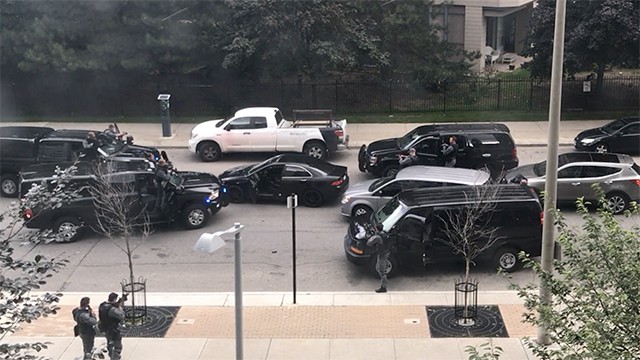 Two men are facing charges in connection with a fatal shooting that took place at a Mississauga strip club earlier in the summer.

The two men, one of whom is from Mississauga, are suspects in the Region of Peel’s 10th homicide of the year.

Peel police report that on Thursday, June 29  at 2:40 a.m., officers responded to a shooting at the Diamonds Cabaret adult entertainment club on Dundas Street East. When police arrived on scene, they located a male suffering from gunshot wounds.

The victim was transported to a local hospital but later succumbed to his injuries. He was identified as 27-year-old Mississauga man Raimzhan Tokhtabayev.

In the early morning hours of Thursday, Aug. 24, 20-year-old Toronto man Elias Gibb was arrested in his residence without incident by Peel police in relation to the murder.

Anyone with further information relating to this investigation is asked to call investigators at the Homicide and Missing Persons Bureau at (905) 453-2121, ext. 3205.

You can see a video of the dramatic arrest below, courtesy of insauga.com reader Ali Neil.