Police investigating possible shooting in Mississauga
Leafs still have a chance to raise Stanley Cup in 2020
Bonnie Crombie says Mississauga can only test about 400 people for COVID-19 a day
MAYORS COVID-19 UPDATE: Bonnie Crombie give an update on COVID-19 in Mississauga - May 26, 2020
Heat wave forces cities, long-term care centres to rethink how to offer heat relief under COVID-19

CAUGHT ON VIDEO: Suspect Flees After Shooting Woman with Crossbow in Mississauga

Officers are seeking the public’s help as they investigate an attempted murder in Mississauga.

A male suspect posing as a delivery man and carrying a box attended a residence on Bayberry Drive, near the intersection of Argentia and Winston Churchill.

The victim, a 44 year old, woman answered the door and had a brief conversation with the suspect.

It is believed the suspect then shot the victim in the chest with an arrow using a crossbow that was concealed inside of the box.

He then retreated to a dark coloured pickup truck that was parked nearby and fled the area. 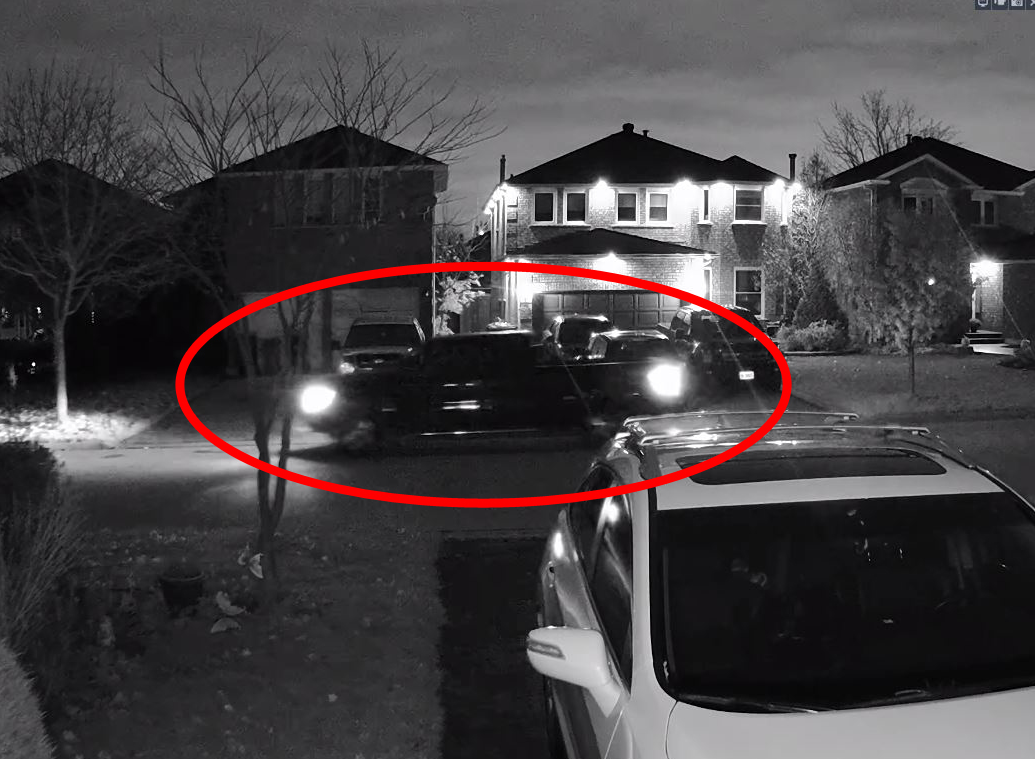 It is currently unknown if there was anybody else in the vehicle.

The following day, a search of the residence yielded the arrow that is believed to have been used in the shooting, as well as surveillance footage of the incident.

“The arrow used in this incident is designed to hunt large game such as moose and deer and inflict the maximum amount of damage possible,” police say.

The video, seen below, shows the suspect waiting at the door for a few seconds with his right hand concealed inside the box. It then shows the aftermath of the shooting, in which the suspect hastily flees while the victim shuts the door.

The victim called 911 and EMS attended the scene.

Police say the victim sustained life-threatening and life-altering injuries, with damage done to her internal organs.

“The victim spent several months in hospital,” said Det. Sgt. Jim Kettles. “She’ll be in a recovery phase for the rest of her life.”

The victim was alone as the residence at the time of the shooting.

Police say this was an attempted murder that the victim was not meant to survive.

While the victim got a clear view of her suspect, police say he was not known to her.

Investigators believe it was a targeted attack and have not ruled out the possibility that the suspect was working at the request of another person.

As part of the investigation, police have procured a crossbow, arrow, and cardboard box meant to replicate how the actual items looked. 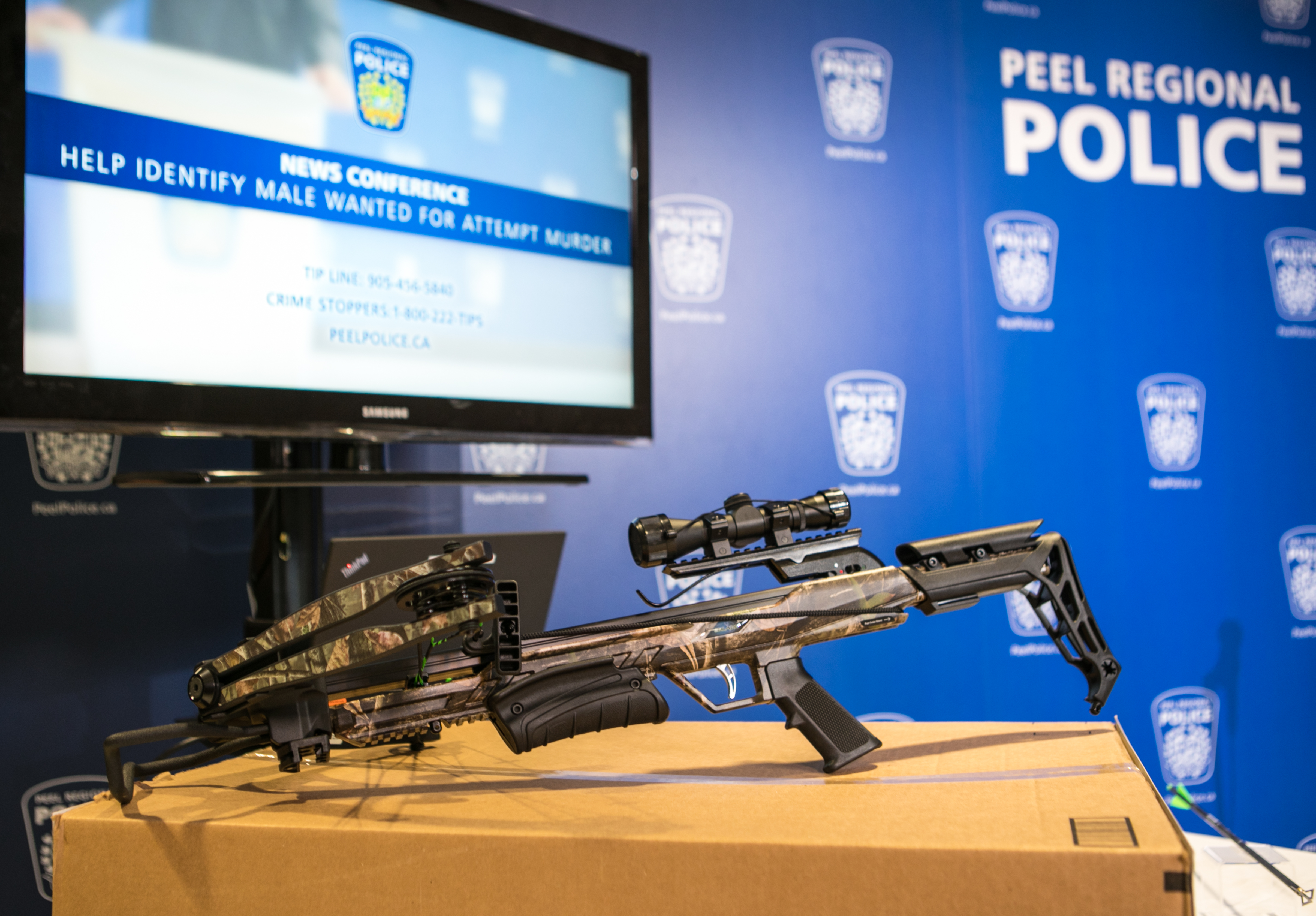 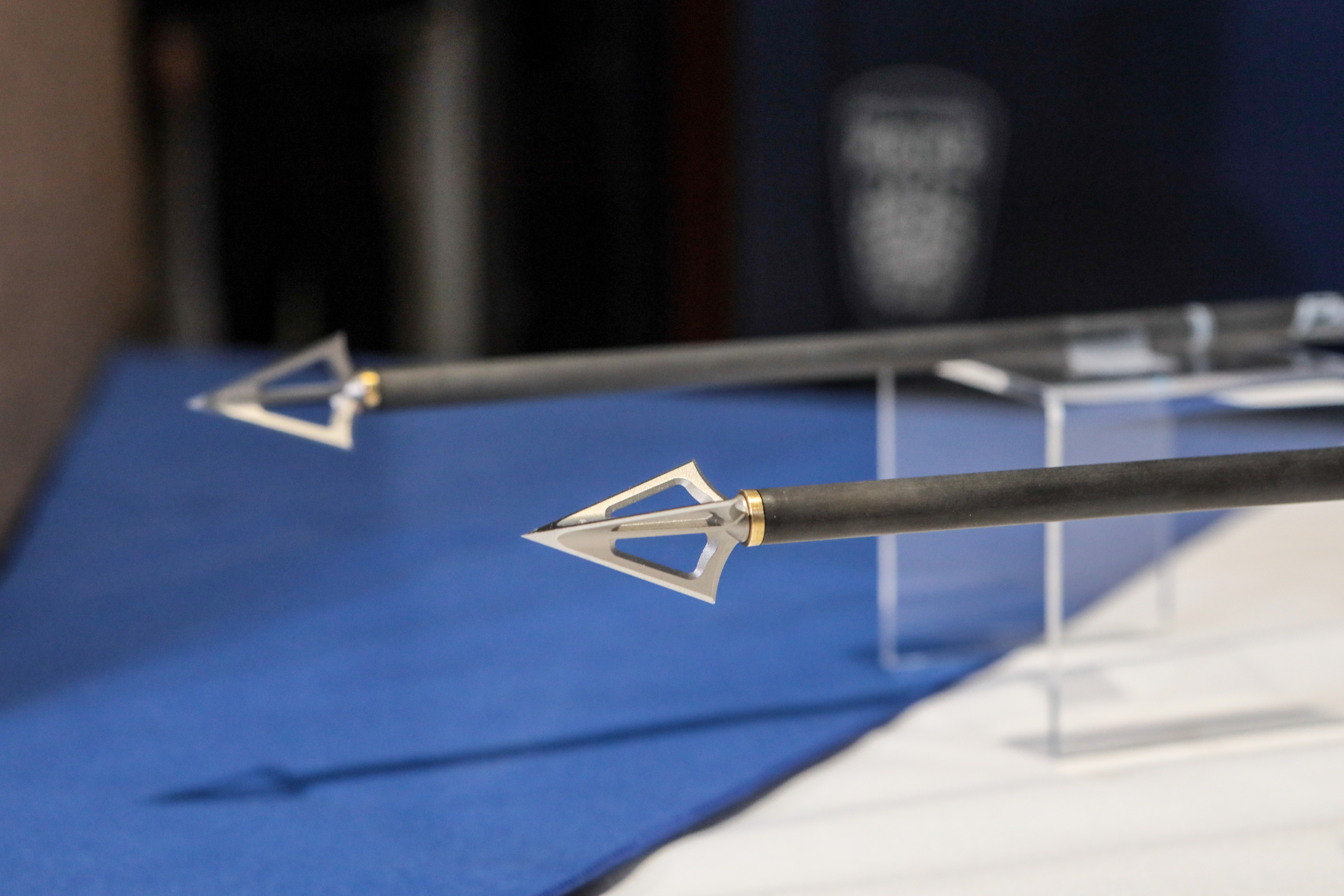 Anyone with information that can assist police is asked to call 905-456-5840, or leave information anonymously by calling Crime Stoppers at 1-800-222-TIPS (8477) or by visiting peelcrimestoppers.ca.

These Square One stores are offering curbside pickup in Mississauga
While stores with street entrances have been given the go-ahead to begin reopening more fulsomely (meaning they can allow a limited amount of shoppers in-store) as soon as Tuesday, May 19, some ret
END_OF_DOCUMENT_TOKEN_TO_BE_REPLACED