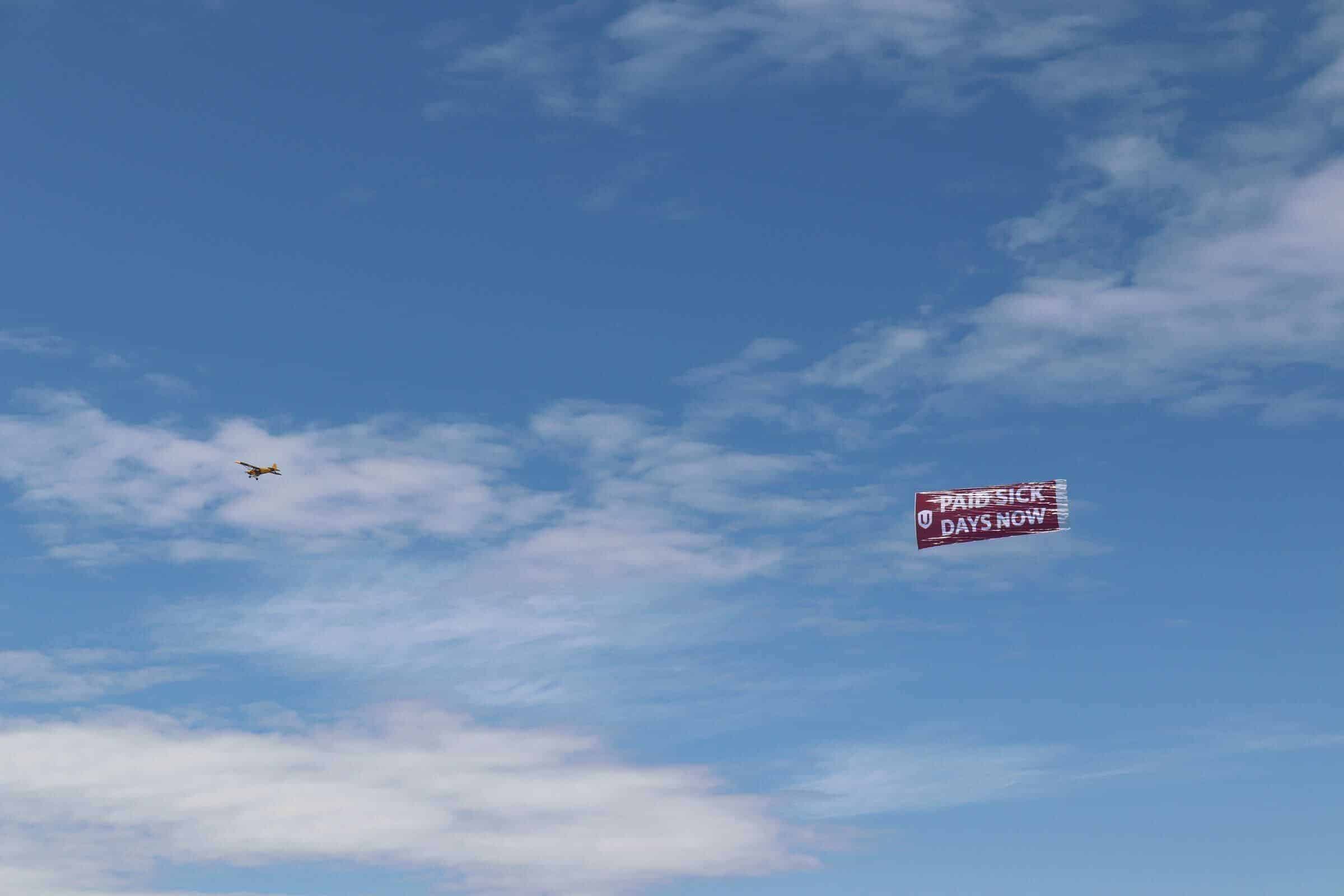 While the Province has taken additional steps to provide workers with options should they contract COVID-19, many believe it’s still not nearly enough.

After ignoring the fact many workers, particularly in pandemic-ravaged regions of Toronto, Brampton, and Mississauga, simply can’t afford to take time off from work if they contract the virus, the Province implemented three paid sick days that will only be available until September 25.

However, many, including Unifor—Canada’s largest union—believes this simply isn’t enough.

Having had their calls largely ignored, the union opted for a new tactic, hiring a pilot to fly a plane with a banner calling for paid sick days over parts of the GTA including Etobicoke North, Ford’s place of residence.

“We are running out of ways to get the message across to the Premier that workers need permanent, adequate sick leave, enshrined in employment standards legislation. So today, we brought the message right to his house, and to millions across the region, with a method that’s hard to ignore,” Jerry Dias, national president for Unifor, said in a news release.

“When we say that Ontario’s workers need paid sick days, we mean employer-paid sick leave that they can rely on, without question, during this pandemic and forever,” he continued.

The union is urging the government to implement seven paid sick days per year for all Ontario workers, which would increase to 21 in the event of a public health emergency.

“For the past year, Unifor and our members have written letters, called, met with and tried everything in our power to make the case for permanent paid sick leave for all workers in the province. As new variants rip through workplaces and communities, Ford’s government stalled and then delivered a new benefit that is not adequate, and brings new gaps that may leave some workers even worse off,” Naureen Rizvi, Ontario regional director for Unifor, said in the same release.