CAUGHT ON VIDEO: Peel Police chase a suspect in Brampton 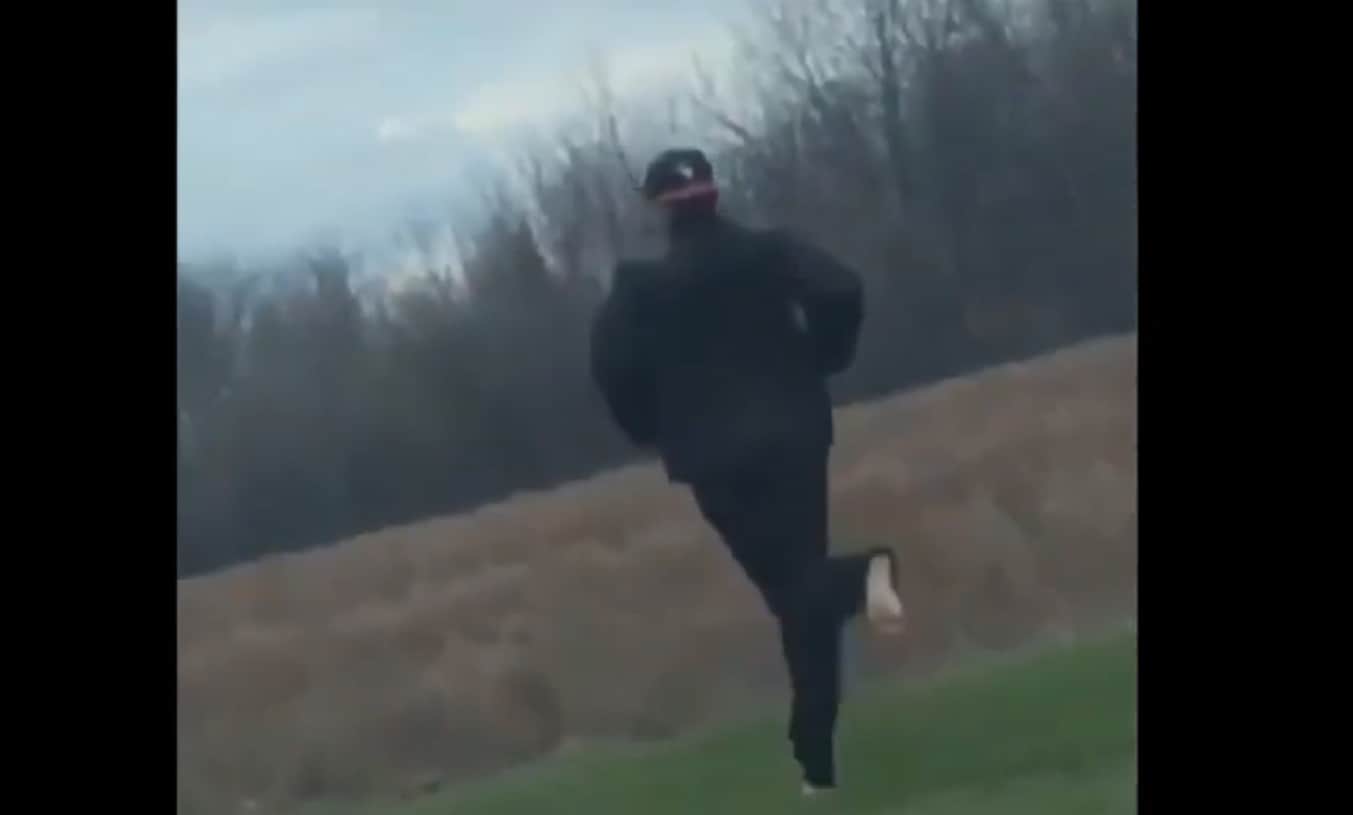 A video showing police chasing a man on foot through traffic in Brampton is making the rounds on social media.

Captured four days ago by someone with the handle ashleybenson62, the video shows a man stopping a car in traffic, getting out, then running along the sidewalk. A few seconds later police can be seen giving chase.

Eventually the man cuts through traffic and is last seen heading off into a field. Peel Regional Police say there is no information available on this matter.

The video was taken in the Castlemore Rd. and Gore Rd. area of Brampton.