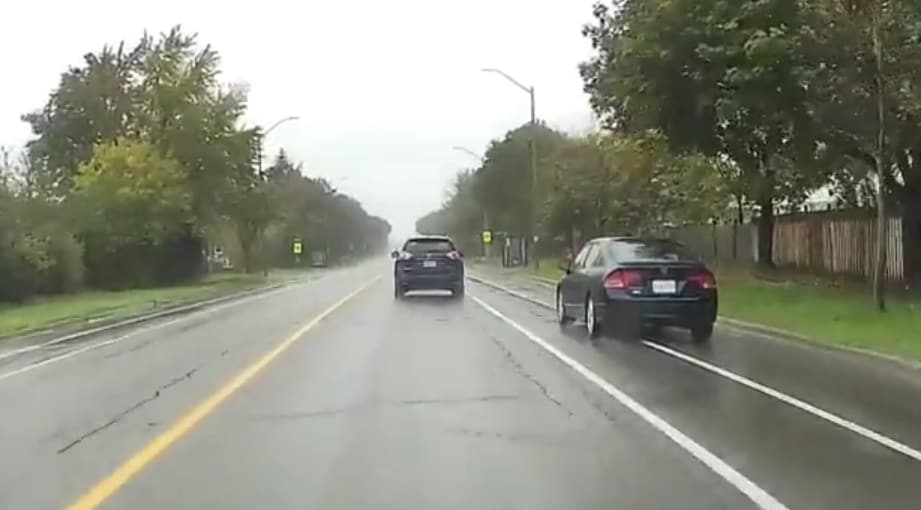 In a video recently shared on social media, a motorist was caught driving their car in a bike lane in Brampton.

The video, which shows a driver travelling in the bike lane, clearly marked with solid white lines, was shared to Brampton’s subreddit page by Reddit user btm_guy with a tongue-in-cheek caption about how residents are “finally getting the hang of the new bike lanes.”

The City’s recent decision to reduce driving lanes in order to implement bike lanes throughout Brampton has led to a fierce debate, as many residents have criticized them, and even some cyclists have questioned their efficacy.

Some residents have expressed frustration with the implementation of these new bike lanes, citing increased congestion along the streets they have been implemented on.

Others have pointed out they rarely see them being used, and have questioned whether they are necessary.

“What I find consistently during meetings with members of our community, they want active transportation incorporated,” he said.

He further stressed the City’s goal of implementing active transportation lanes while minimally impacting congestion at the same time.

“Now obviously, we don’t want a situation where there are problems with traffic or the safety of cyclists and pedestrians, so we’re trying to work with local neighbourhoods to create solutions,” he said.

Brown said the City is trying to implement these new bike lanes where they can, but it’s a lot easier to do so in new developments than existing neighbourhoods.

“It’s easier to do when building a new subdivision than retrofitting traffic flow retroactively,” he said.