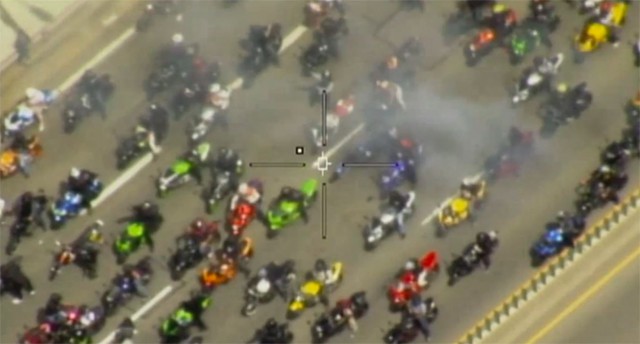 A group of motorcyclists wreaking havoc on GTA highways over the long weekend is being sought by Ontario Provincial Police.

“Not only were they driving dangerously and aggressively, at some time they came to a dead stop on the highway, causing congestion, chaos, frustration for motorists and really putting everyone at risk on the highways,” said OPP Sgt. Kerry Schmidt.

Aerial video footage was released by police on Wednesday.

“We will continue to relentlessly pursue and investigate these riders until we have a successful conclusion,” said Schmidt.

OPP appealing for witnesses in motorcycle mob activities over the weekend
Call 416-317-8250 or Crime Stoppers 1-800-222-TIPS with info pic.twitter.com/dTS7zx1T9t