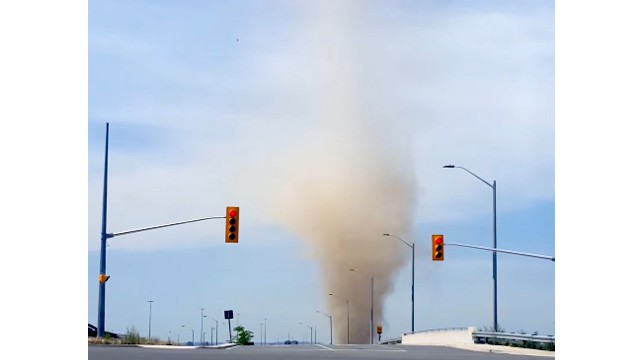 People driving down Highway 401 the weekend before last caught a glimpse of a fairly large dust devil towering over the highway, according to CBC News.

The article describes dust devils as harmless, rotating columns of air which are made visible by the dust and debris they gather. Unlike tornados, which are generally formed during strong thunderstorms, dust devils form on clear sunny days.

“You could see all the debris from below just turning round and round,” Swalah told CBC. “It was something exciting for me. I’ve never seen something like that.”

Dave Phillips, senior climatologist for Environment Canada, told CBC the weather conditions that afternoon were perfect for dust devils to form. He also said the size of this one was impressive in its diameter and height, and stayed intact longer than most other dust devils.