CAUGHT ON VIDEO: Male in distress leads to fatal police-involved shooting in Mississauga 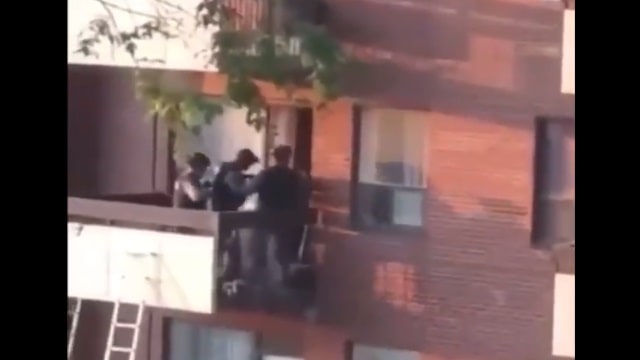 The province’s Special Investigations Unit (SIU) is investigating after a 62 year old man was fatally shot by a Peel Police officer on Saturday evening, June 20.

Around 5:00 p.m. on Saturday, tactical and K9 officers attended an apartment unit at 3425 Morningstar Drive in Malton to check on the well-being of a man in crisis.

The man barricaded himself inside the unit, and officers were able to communicate with him for a period of time.

“Shortly after communication stopped, officers breached the door and entered the unit,” the SIU said.

“An interaction occurred which included officers deploying a conducted energy weapon at the man, as well as firing plastic projectiles from an Anti Riot Weapon ENfield. When these had no effect, an officer discharged a firearm and the man was struck.”

Twitter user @UsmanS721 shared a video that allegedly depicts the officers at the time of the shooting. (Viewer discretion is advised.)

Anyone with information related to this incident is asked to contact the SIU’s lead investigator at 1-800-787-8529.