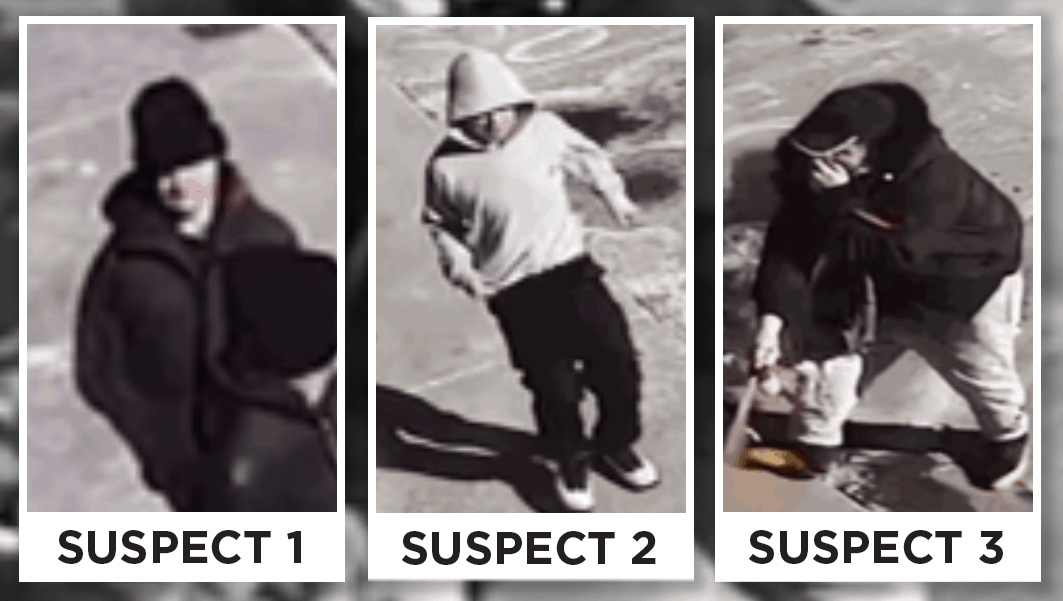 Hamilton Police are appealing to the public in the hopes of identifying three suspects involved in an assault where an autistic man was sprayed with a ‘substance similar to bear spray’ earlier this month.

Police said in a press release that on Thursday, February 4, 2021, shortly before 12:00 p.m., they were called to the shopping plaza located at Upper Gage Avenue and Lincoln Alexander Parkway for an assault.

Police say a man was attacked from behind by three men while a fourth person remained in a nearby vehicle.

One of the suspects sprayed the victim with a substance similar to bear spray.

After the assault, all three suspects fled to the nearby vehicle which then sped away from the scene.

The victim received treatment for minor injuries, including the irritant that was sprayed.

The vehicle involved is a four-door black Ford Fusion, approximately 2010, with winter tires on the front and regular tires on the rear.

Detectives are appealing to the public, in the identification of the three suspects.

Suspect 1 is described as:

Suspect 3, who is believed to have sprayed the victim with the irritant, is described as:
Male, white
16-25 years-of-age
Black puffy coat
Black baseball cap
Baggy grey track pants
Black and white running shoes
Wearing a backpack on his front