CAUGHT ON VIDEO: Fight breaks out at gas station in Brampton 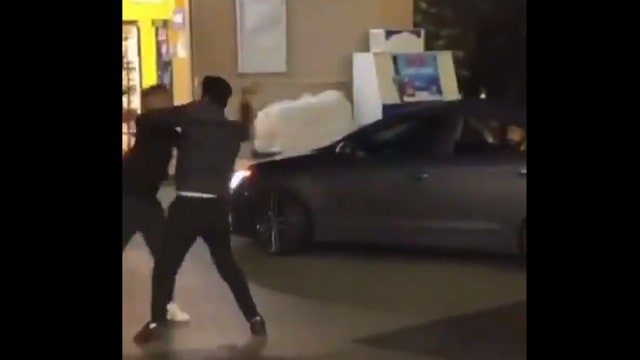 Police are investigating a recent fight in Brampton that caught the attention of Mayor Patrick Brown.

Twitter user chopsnitin posted a video of the incident, which shows a large group of males at Husky Gas Station at the intersection of McLaughlin Rd and Bovaird Dr W.

A few males begin fighting as the others leave the scene.

At one point, a vehicle backs up to leave and collides with another vehicle.

Why they Shud not be Charged ? Let's Keep Brampton Clean !

It’s unknown whether any injuries were sustained in the fight.

Mayor Patrick Brown commented on the video, asking for charges to be laid.

“These thugs should be charged. We must have zero tolerance for violence in our community,” Brown said.

PRP Deputy Chief Marc Andrews says the incident is being looked into by 22 Division investigators.