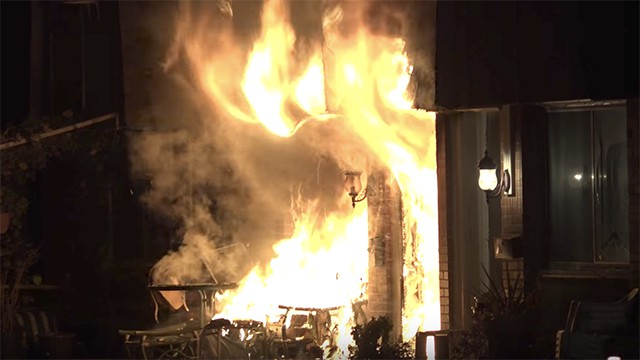 Over the weekend, a fire–which police allege was committed intentionally–gutted part of a residential building near Park Street East and Helene Street North.

On Oct 7 at around 2:12 a.m., emergency services responded to the Bloor Street fire.

If you were in the area at the time of the fire and may have information, you should connect with police immediately.

Here’s a video of the Bloor St. fire, courtesy of YouTube user johnhanleyphoto:

Anyone with information regarding this incident is asked to contact investigators at 12 Division Criminal Investigation Bureau at (905) 453-2121, ext. 1233.