CAUGHT ON VIDEO: Crash on Highway 403 in Mississauga 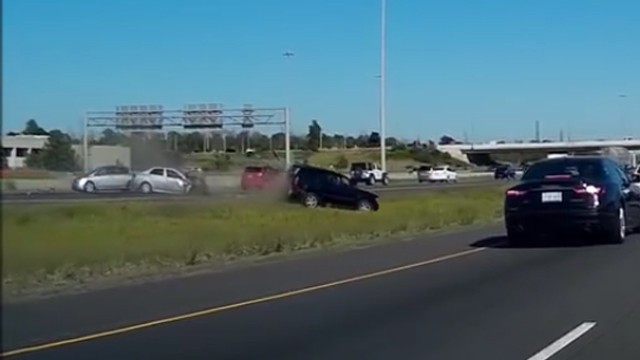 A violent crash occurred on Highway 403 in Mississauga and the entire brutal incident was captured by a driver’s dashcam.

According to a recent Mississauga News article, a driver is facing a Highway Traffic Act charge following a crazy three-vehicle collision that sent five people to hospital. The News reports that the crash occurred just after 6 p.m. Tuesday night in the westbound lanes near Eglinton.

The dashcam video was posted to YouTube. Look at the left side of the screen for the wild collision that sent cars careening off the road.