CAUGHT ON VIDEO: Condo Fire Has Residents Evacuated in Mississauga 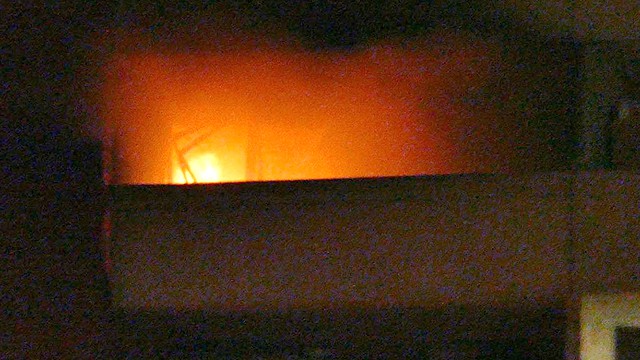 Multiple residents were forced to evacuate their units after a major blaze broke out at a Mississauga apartment building.

In the early hours of Wednesday, March 22, a fire started inside an eleventh floor apartment unit in a residential highrise on Ponytrail Drive at the corner of Rathburn.

Emergency crews received multiple calls from people who could see flames on the affected unit’s balcony. A source told insauga.com that, upon arrival, fire crews conducted an interior attack and doused the flames quickly.

Dozens of residents were forced to take shelter in two buses that were dispatched in response to the incident.

The intersection was completely shut down while firefighters battled the blaze.

Photo and video courtesy of Pascal Marchand – The 4K Guy