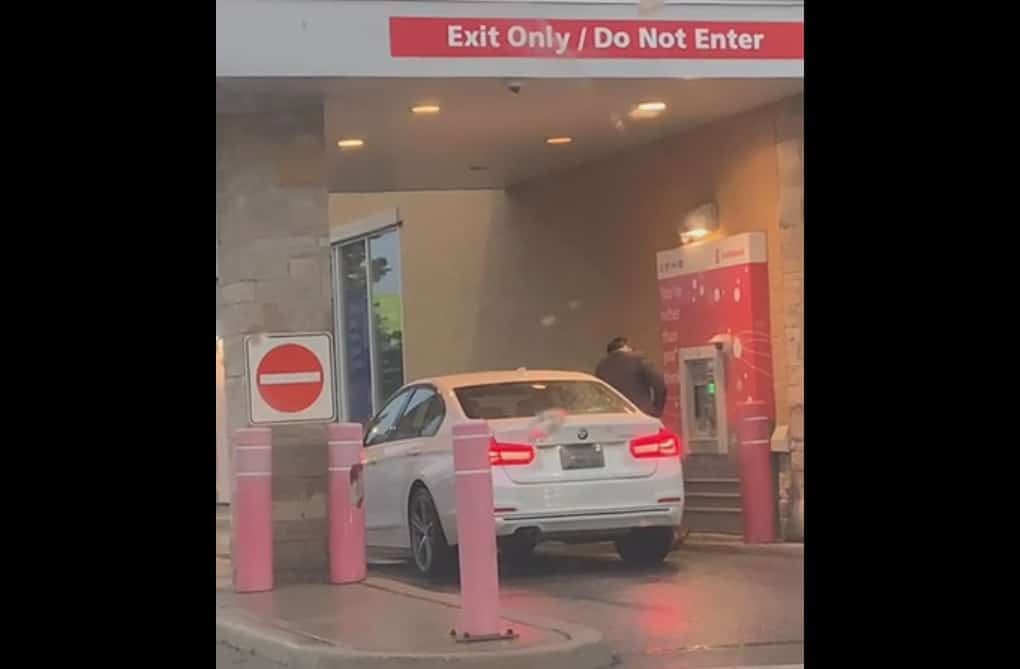 A driver in Brampton was caught going the wrong way into a bank’s drive-through ATM terminal.

Reddit user Tricky_Classic1605 posted video footage of the encounter to the Brampton subreddit page, during which the man had to get out of his car to use the ATM due to the fact he had entered from the wrong direction.

The “entrance” the driver used was clearly marked with a sign overhead instructing drivers not to enter, as well as another sign indicating drivers entering were traveling in the wrong direction.

According to the comments, it may not be an isolated incident, as another user admitted to doing the same thing when a passenger needs to use the ATM, rather than park and allow them to go inside.