CAUGHT ON VIDEO: Aftermath of Truck Fire in Mississauga 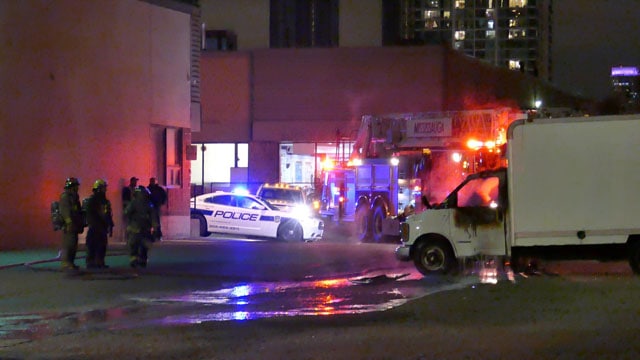 It’s been a bad few weeks for fires in Mississauga!

Last night (Oct. 3), police were called to the scene of what appeared to be a spontaneous truck fire on Burnhamthorpe near Cooper’s Pub.

‘A call came in at about 9:50,” said Peel police Const. Mark Fischer. “A white cube van was on fire on Burnhamthorpe between Mavis and Wolfedale.”

According to police, the fire department said that the incident was not suspicious.

As for the cause, Fischer says an electrical issue could be to blame.

Fortunately, no one was injured, but the damage to the truck was quite severe.

You can see a video of the aftermath of the fire, courtesy of Pascal Marchand, below.