CAUGHT ON VIDEO: Aftermath of Rollover Crash in Mississauga 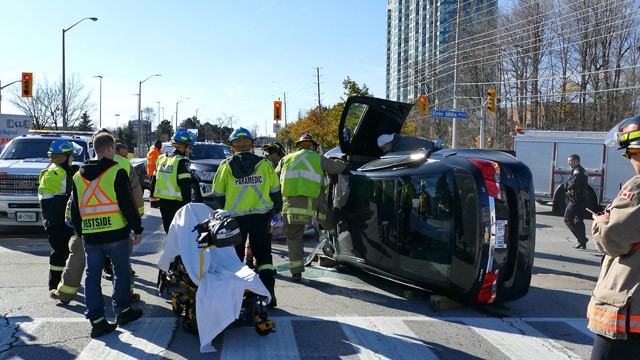 Earlier this afternoon, Peel police announced that the northbound lanes of Erin Mills Parkway and the eastbound lanes of Burnhamthorpe were closed due to a collision.

The collision was sizeable and involved a vehicle rolling over on its side.

The below video shows the aftermath of the crash.

According to police, the affected roadway has since re-opened.