CAUGHT ON VIDEO: Aftermath of Horrific 407 Crash in Mississauga 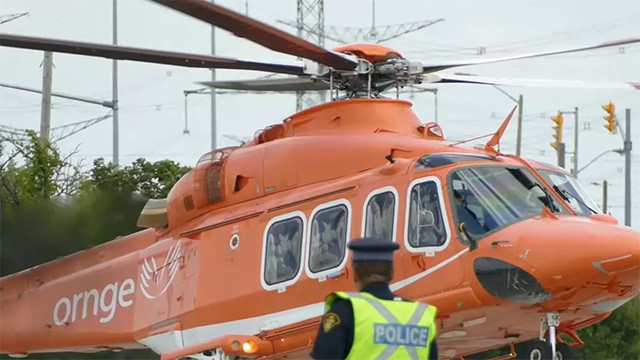 A man has been transported to a trauma centre in serious condition following a crash on Hwy. 407 near the Mississauga-Milton border, Peel Paramedics report.

Earlier this afternoon, the OPP reported that the collision, which took place on the eastbound 407 beyond Hwy. 401, blocked all lanes.

Shortly afterwards, Ornge announced that a helicopter landed on the highway west of Winston Churchill in response to the “serious collision.”

The affected portion of the 407 was closed and remains closed for investigation.

There are reports that one car rolled over and a truck jumped the median.