CAUGHT ON VIDEO: A Fight Club forms in Mississauga 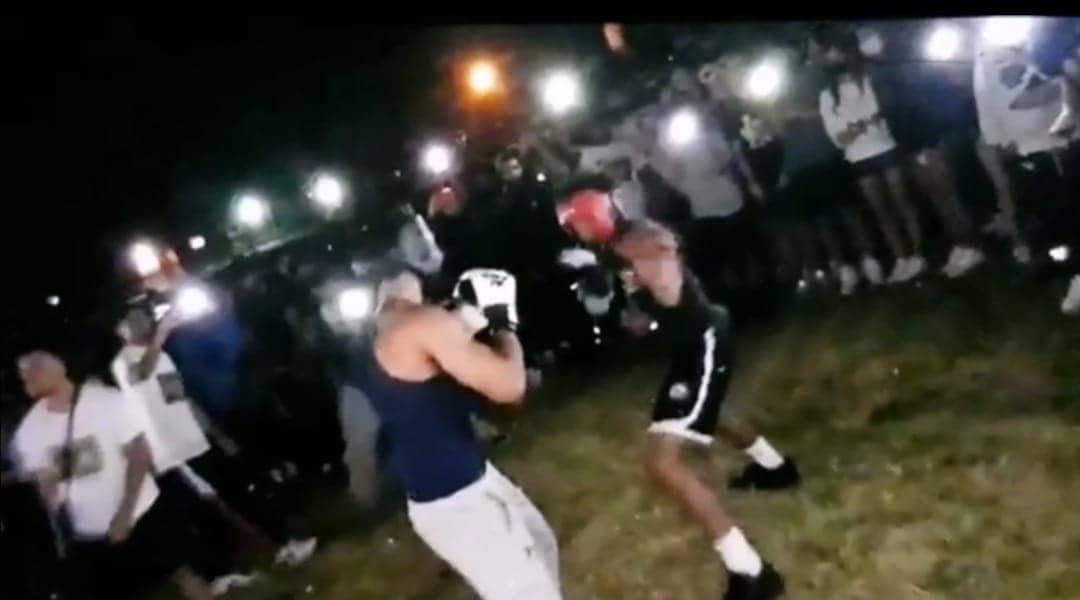 It’s like a scene right out of the cult classic 1999 film Fight Club.

Reports suggest that over the last couple of Fridays, a number of young males in Mississauga have been gathering to participate in boxing fights at various high schools around the city.

While the fights are unsanctioned, they appear to be fairly well organized with the inclusion of referees, weight classes, and boxing gear.

Some sources say the fights have drawn hundreds of kids from all over the GTA to watch (not much social distancing going on, though).

One of the schools in question is St. Marcellinus Secondary, located on Courtneypark Drive West at Mavis.

When asked what they knew, police said they were called shortly before 11:00 p.m. on Friday, July 31 regarding an Instagram story of a fight happening at the school.

Officers attended the scene but only found a few people hanging out, indicating that the fight may have ended or moved elsewhere before police showed up.

A brief video of the fight at St. Marcellinus was posted online, showing two fighters surrounded by a large crowd of spectators:

Unsanctioned boxing Fight in Mississauga from insauga on Vimeo

At this time, police say they haven’t received any similar reports of fights happening in Mississauga recently.