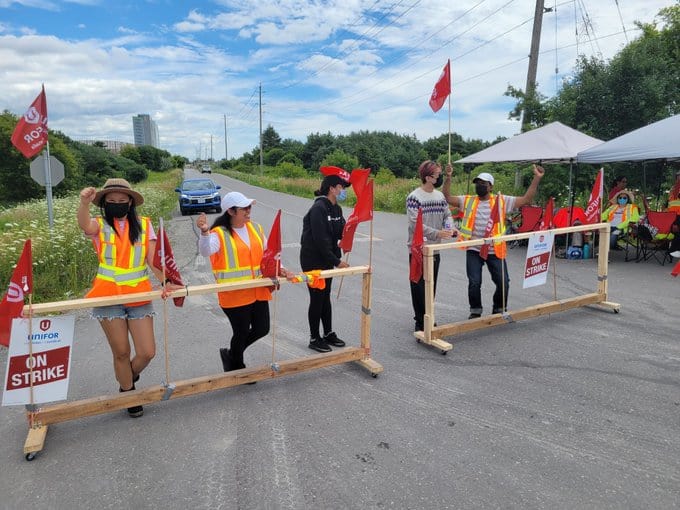 The union representing 800 striking workers at casinos in Pickering and Ajax said the solidarity on the picket line is “fantastic” and the resolve is “incredible” as the walkout reaches its seventh day.

Talks are continuing between Unifor and Great Canadian Gaming but the immediate outlook isn’t promising, noted Corey Dalton, the president of Unifor Local 1090, who said there are still “huge disparities” on major economic issues such and wages and benefits between Woodbine and Pickering, which are both resort-style casinos.

“The same company owns a property one hour down the road that is significantly better compensated,” he said. “These workers are prepared to stand up and fight for what they believe is fair and we want to give them the best deal possible.”

Attempts to close the wage disparity didn’t go well last weekend when, according to the union, the latest offer was “ignored” for two days and then rejected with “no explanation,” though Dalton is confident the two sides can get back together at the bargaining table and hammer out a deal.

“We need to sit down and talk this through. We want to deal with this in the boardroom – that’s the appropriate way to do it.”

Great Canadian Gaming took a different approach to the recent negotiations, claiming on the Pickering Casino Resort website they had been trying reach an agreement that provides workers with “fair and attractive” wages, benefits and careers. “Regrettably, Unifor has rejected our offer and has chosen to strike.”

Both casinos are remaining open 24 hours a day though table games at the Pickering site will be unavailable.

Unifor had issued a strike mandate on July 18, saying 1,830 workers at eight Great Canadian Gaming Commission locations would walk off the job at 12:01 a.m. Saturday if a deal could not be reached.

Dalton is hopeful agreements can be reached soon for workers at the Pickering and Ajax casinos.

“Let’s sit down and discuss this and get our members back to work.” 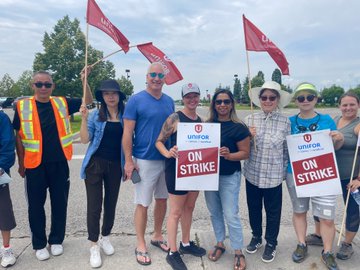