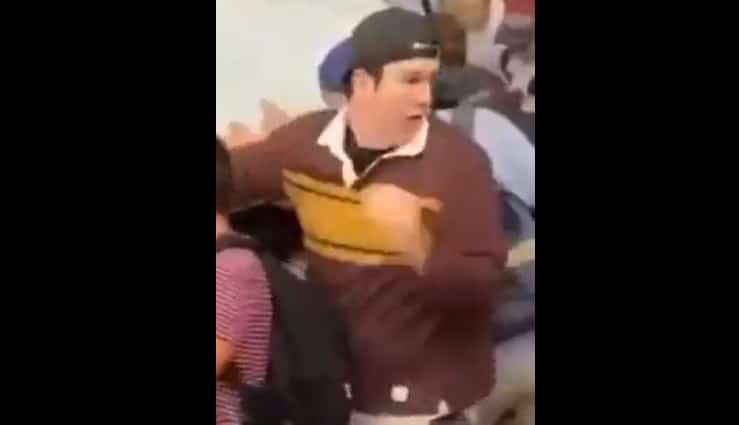 Police are continuing to investigate and search for suspects after a massive homecoming party in Hamilton on Saturday (Oct. 2) quickly got out of hand.

Around 12:30 p.m., officers responded to a large gathering in the Dalewood and Westwood area, which had expanded to approximately 5,000 people by 2:00 p.m.

Police are searching for those responsible for damaging and flipping over a white Mazda. One suspect has been identified as a white male with brown hair, wearing a blue baseball cap, burgundy and yellow rugby shirt, and khaki shorts.

During the incident, police say they arrested and charged two individuals for Liquor Licence Act Offences, as well as five individuals for Breach of the Peace/Cause Disturbance.

“Officers from units across the City were deployed to the event. Glass bottles, cans and other objects were thrown at officers and one police vehicle was damaged as a result,” said police.

“There were no serious reported injuries, but several individuals were treated for injuries consistent with falling and other blunt forces as well as excessive alcohol consumption.”

Police are asking anyone with relevant information or video footage to contact them at 905-546-3833.