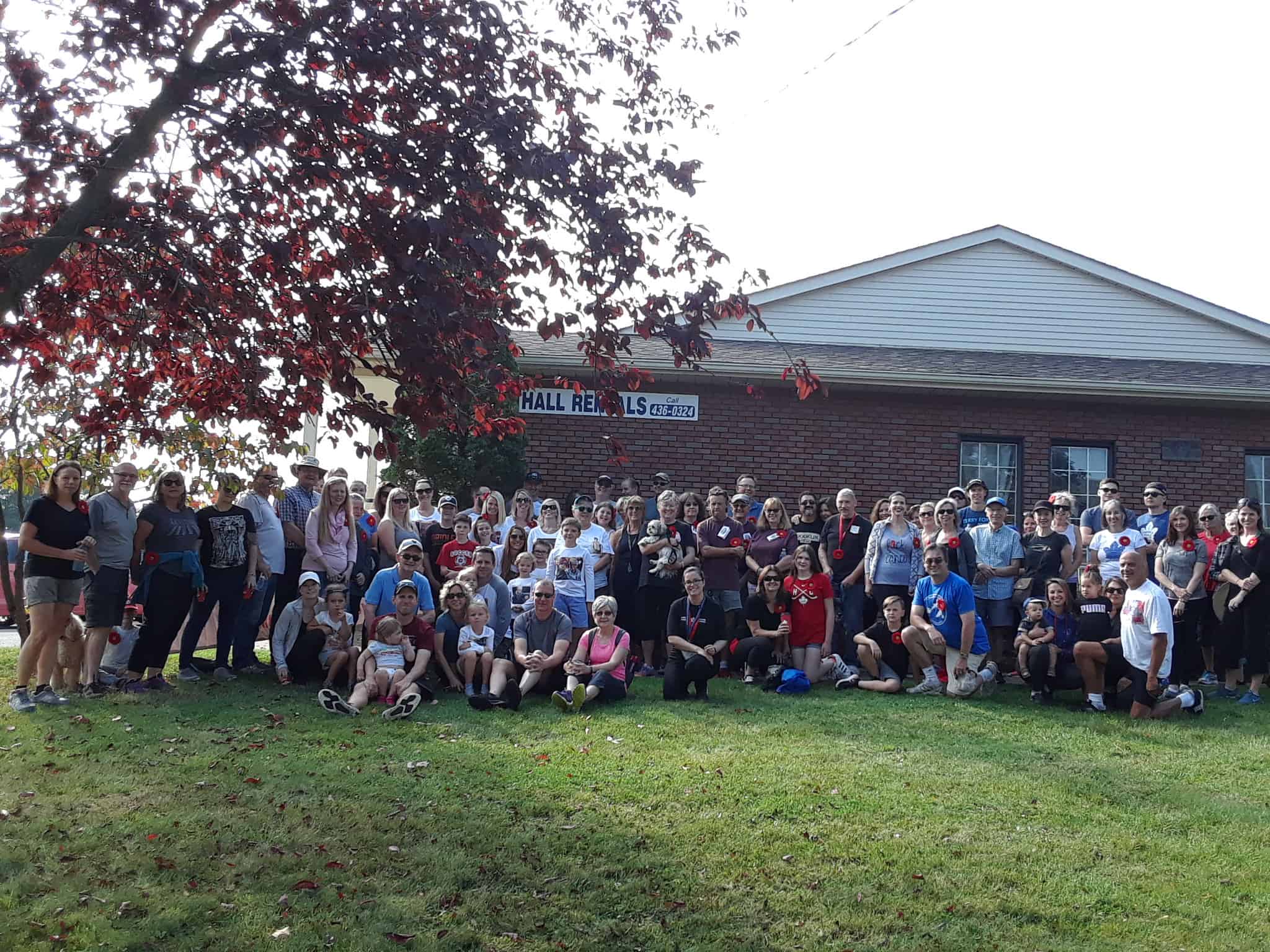 The Oshawa Myeloma March in 2019. - via Myeloma Canada,

A cancer survivor from Oshawa has brought the Ontario-wide Multiple Myeloma March to town in an effort to raise money to fight her incurable disease.

On her 49th birthday, March 19, 2015, Marcelle Smith received a life-changing diagnosis of Multiple Myeloma, the second most common blood cancer.

For months in advance of her diagnosis, Smith had been feeling tired and run down. She chalked it up to ageing and had no suspicions she could have an incurable disease.

When her symptoms did not improve after long months Smith went to see her doctor, who in turn referred her to a hematologist, a specialist in blood research.

After all this, Smith received her “devastating” diagnosis that left her “blindsided.” Smith said, “I didn’t want to believe that I had cancer, especially one that I had never heard of. I was in complete denial, so much so, that I asked for a second opinion.”

After the news was confirmed Smith said “It was a hard pill to swallow. That’s when I started to process everything.”

Smith’s story is common among those diagnosed with myeloma. Many haven’t heard of the disease despite it being the how common it is.

On average 11 people in Canada are diagnosed with myeloma everyday, leading to every increasing rates of the illness. This rise disproportionately impacts Canada’s Black population, which has a higher risk of developing myeloma.

While the illness is incurable, there are treatment options. In Smith’s case that involved several rounds of chemotherapy to prepare for a stem cell transplant. This was particularly hard for Smith who said she “was exhausted, suffered constant nausea, loss of appetite, sleepless nights, and persistent pain.”

The cancer had not spread into her veins and Smith was able to undergo the stem cell transplant. This proved successful an Smith’s cancer went into remission.

Smith stopped all treatment in 2015 fearing the side-effects. However her cancer remained in remission for four years. Unfortunately it returned in 2019. “It got to the point where I couldn’t walk without losing my breath,” Smith said.

After going through years of cancer, Smith decided she wanted to give back to the community. “As a member of the Black community, Marcelle hopes to share her story and act as a representative for other Black folks,” reads a statement from Myeloma Canada.

“When I was going for treatments, I couldn’t identify with anyone. I didn’t see anyone who looked like me,” said Smith, “Statistics show that the Black population has a higher incidence of myeloma, but awareness is low among this group. I feel very strongly that all Canadians, regardless of their background or where they live, should know what the symptoms of myeloma are so that they get an early diagnosis.”

Smith is one of many marching in Oshawa’s fifth annual myeloma march. Oshawa is one of 34 communities across Canada to participate in the 5 kilometer walk and donation drive.

Oshawa’s stated goal is to raise $15,000 to fund research. All together the March is aiming to raise $750,000 this year. “Every year, we’re getting closer to finding a cure,” says Martine Elias, Executive Director of Myeloma Canada. “That’s why the funds raised at the Oshawa March are so critical. They’ll help to keep myeloma research moving forward and to improve the lives of Canadians impacted by this devastating disease.”