It should come as no surprise that our neighbours to the south are in a bit of a pickle at the moment. Particularly when it comes to the alledged Russian interference in their 2016 national election.

This seems to have had a trickle-down effect on our nation, in regards to a recent survey conducted by Abacus Data.

The survey, which polled 2,300 Canadians online from Jan. 30 to Feb. 5, found that 60 per cent of Canadians feel it is likely that a foreign government will interfere in this October’s federal election. 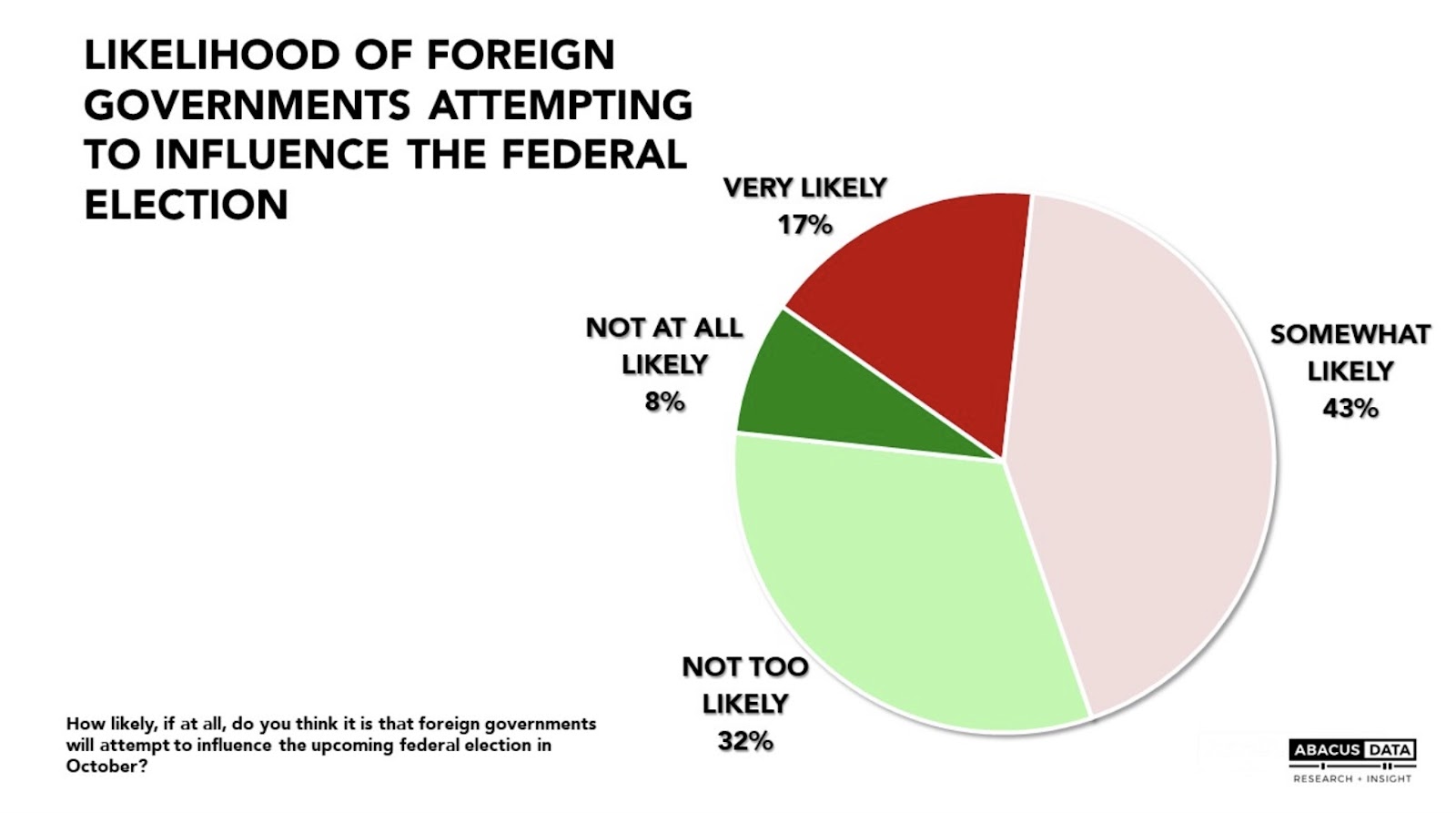 “Canadians are mindful that foreign governments are likely to try and influence the upcoming federal election but most are at least somewhat confident that the Government of Canada can prevent it from happening,” said Abacus Data CEODavid Coletto.

Supporters from all three major political parties offer a consistent belief across this idea, where 64 per cent, 58 per cent, and 64 per cent of Liberals, Conservatives, and NDP members.

Those surveyed were more likely to see countries such as Russia, China, and the U.S.A. as threats rather than nations such as Japan, the U.K. or India.

“It’s remarkable how many people arrived at a point where they place the same level of trust in the US as they do in China and Russia when it comes to interfering in our political process,” said Abacus Data Chairman Bruce Anderson. “It’s also striking that the idea of interference has almost become an expected, unwelcome part of life in the digital age.”

Younger Canadians, aged 18-29, feel more confident in social media being able to prevent foreign interference, with 44 per cent of Liberal supporters expressing this sentiment of confidence in comparison to 37 per cent of Conservative and NDP supporters.

However, confidence in defence attempts against foreign interference was mixed. Two out of three have some confidence that the Government of Canada can prevent this interference, but confidence in social media companies such as Facebook was much lower. 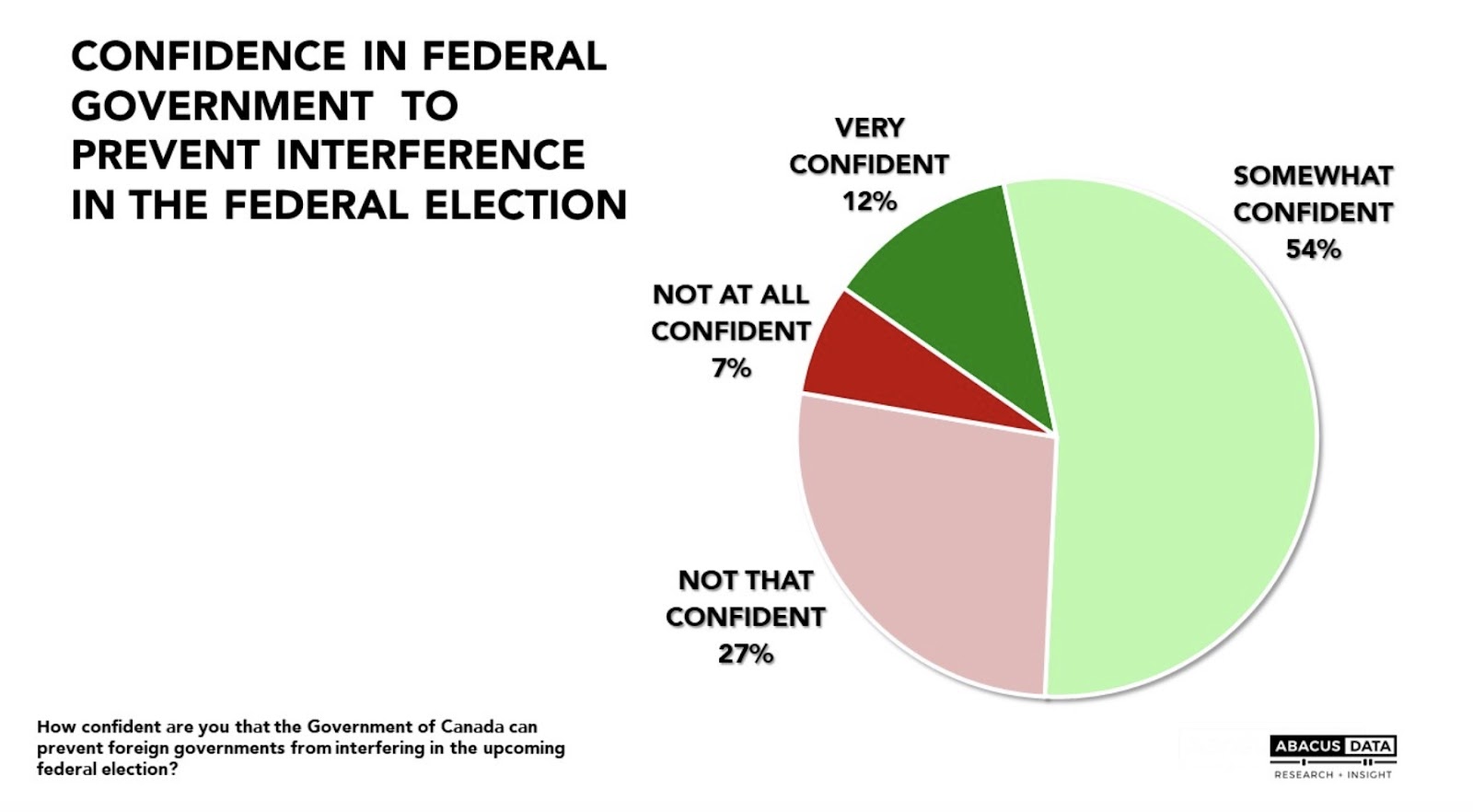 “The gap in confidence about the defenses offered by government compared to social media companies is a signal that people will likely call for tougher regulation if they judge that private companies are lax in their efforts to protect our democracy from interference,” Anderson said.

Canada’s national election will be held later this year, on Oct. 21.

Do you think foreign interference in our national election is possible?

Square One set to reopen this week in Mississauga
After initially being held back from entering Stage 2 of the province’s three-phase reopening plan, Mississauga has finally been given the green light to allow more businesses to open their doors.<
END_OF_DOCUMENT_TOKEN_TO_BE_REPLACED