Police stop truck going over double the speed limit in Mississauga
Mississauga MPP and Brampton MPP clash on Political Blind Date
Here's where you can find natural ice rinks in Mississauga
Snow flurries dominate the forecast this week in Mississauga
No place for ‘far right’ in Conservative Party: O’Toole

Although we keep hearing that while the economy has recovered after the Great Recession of 2008, wages have not kept up to pace with that growth.

But a new report suggests that Canadians may be in line for a substantial pay raise next year.

According to the Conference Board of Canada, the average pay increase for non-unionized Canadian workers is projected to be 2.6 per cent in 2019, up slightly from the 2.4 per cent average increase received this year. 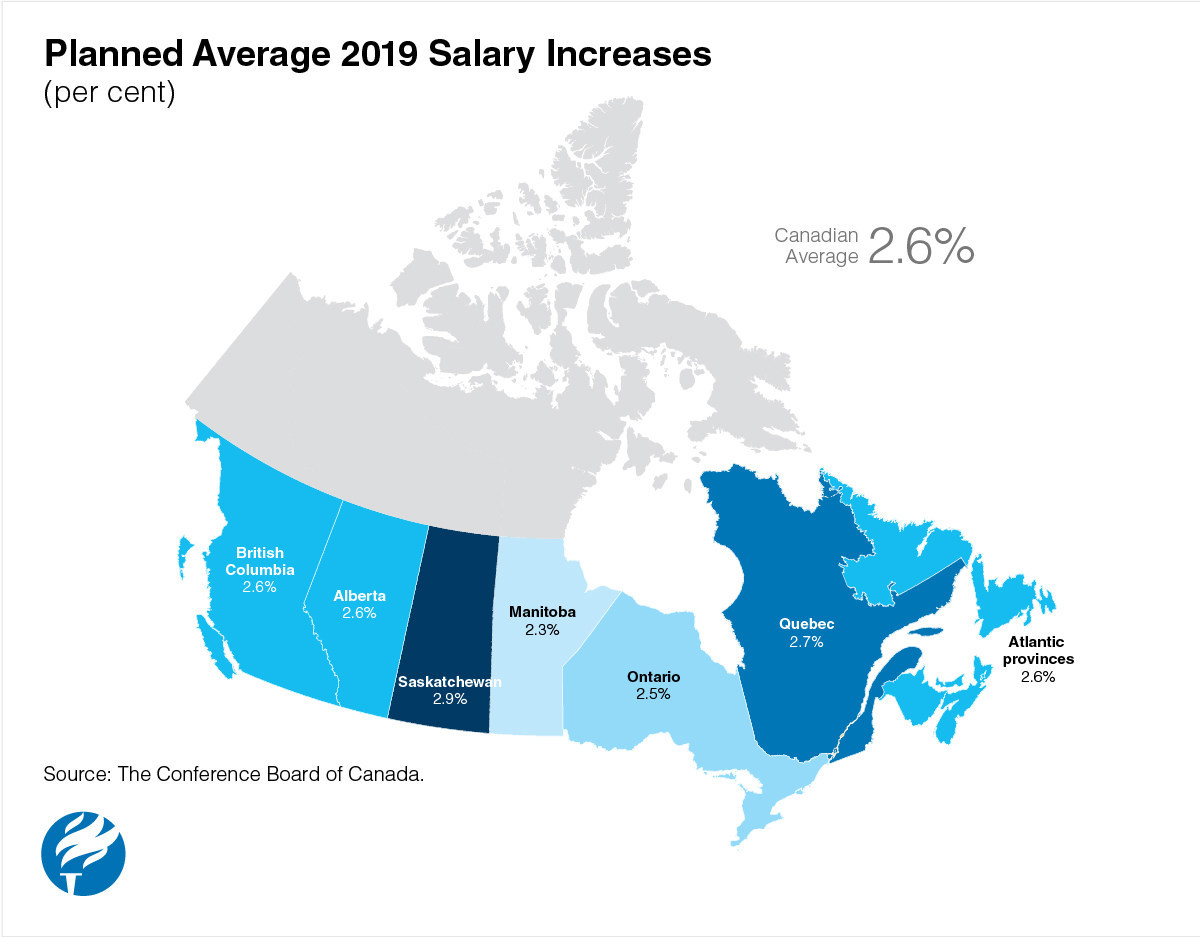 In Ontario, there is an expected 2.5 per cent increase in non-unionized wages.

"Over the past few years, we have seen wage increases among the lowest they have been in the past two decades. We are now seeing an improvement and compensation planners are looking to offer increases in 2019 that remain ahead of inflation," said Allison Cowan, Director, Total Rewards, HR and Labour Relations Research of the CBC.

Other highlights found in the CBC’s analysis include:

Regarding voluntary turnover, that has increased in the past year, averaging 8.1 per cent, compared with 7.1 per cent in 2017.

At 64 per cent, the number of organizations experiencing challenges recruiting or retaining specific skills is slightly more than the 57 per cent who reported the same last year.

These challenges vary by industry, with the most acute attraction and retention challenges experienced in wholesale trade (91 per cent), accommodation, tourism, food, entertainment and personal services (88 per cent), and construction (75 per cent).

So while you may expect a bump in pay next year, it really depends on what you do for a living.

And if your job happens to be unionized, then tough luck.

5 unbuilt projects that could have changed...
Top 5 Chicken on the Rocks in Mississauga
Five fun things to do this weekend that are...
Top 5 chicken sandwiches in Mississauga
5 fun ways to make the most out of your...
END_OF_DOCUMENT_TOKEN_TO_BE_REPLACED