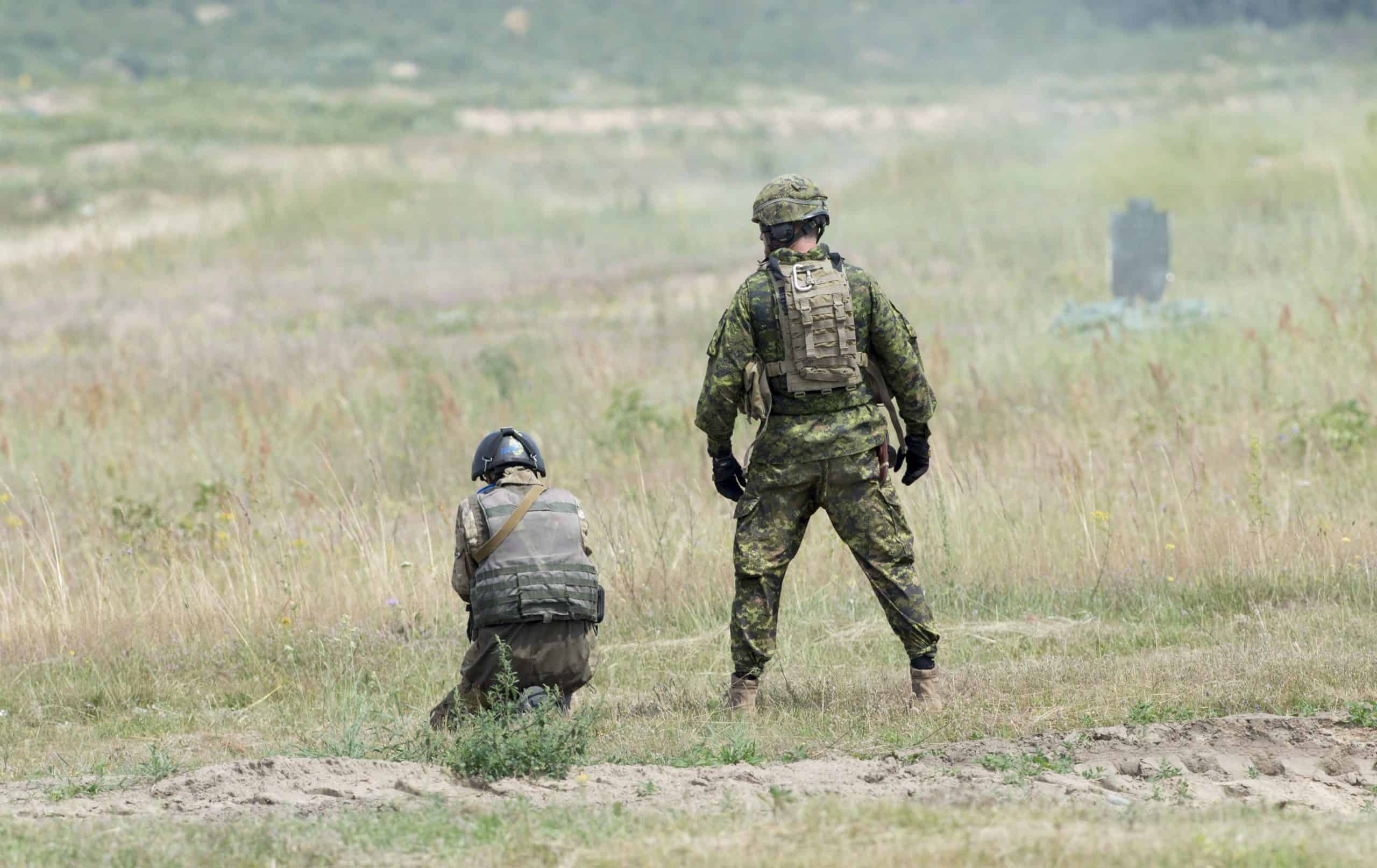 OTTAWA — The commander of Canadian troops in Ukraine says his soldiers are pressing ahead with their mission — preparing the eastern European country’s military for war — amid the looming threat of a Russian invasion.

In an exclusive interview with The Canadian Press, Lt.-Col. Luc-Frederic Gilbert said he and others are closely watching as diplomats try to avert a possible war following the deployment of 100,000 Russian troops to the border with Ukraine.

Gilbert commands a contingent of about 200 Canadian soldiers who have been deployed on what is known as Operation Unifier. Their mission: train Ukrainian counterparts in everything from the basics of soldiering to advanced engineering and medical skills.

The mission was first launched in September 2015 in response to Russia’s sudden seizure of Ukraine’s Crimean peninsula the previous year, as well as its support for separatist forces in the eastern part of the country.

Canada isn’t alone; not only does Gilbert have a handful of Swedish and Danish under his command, the United States and Britain have also been playing a major role in professionalizing Ukraine’s military.

More than six years later, Canada has helped train about 33,000 Ukrainian soldiers. However, Crimea remains under Russian control while the conflict in eastern Ukraine continues to rage, with more than 13,000 lives lost so far.

And now, Russia’s sudden buildup of forces along Ukraine’s eastern border and Moscow’s demands to NATO, which the military alliance has roundly rejected, have led to real fears and warnings of a new war in Europe.

The Canadian troops under Gilbert’s command are currently spread across 13 different locations in Ukraine. However, the mission commander said all of them are on the western side of the Dnieper River, which cuts the country almost in half.

“We are operating on military bases, mostly in the centre and west of the country,” Gilbert said. “We have nothing east of the Dnieper River.”

While that means Canadian soldiers won’t be on the front lines if Russian forces do start to pour across the border into Ukraine, it probably wouldn’t take long for them to find themselves face to face with invading Russian troops and tanks.

That threat appears to be very real after separate talks between Russia and the U.S., NATO and Ukraine this week resulted in no progress toward de-escalating the current crisis.

Among the Russian demands is that NATO and other Western European allies withdraw their troops from Ukraine and other Eastern European countries that joined the military alliance after the fall of the Soviet Union.

Aside from 200 military trainers in Ukraine, Canada also has around 540 soldiers in Latvia leading a NATO battlegroup that includes troops from nine other countries. The battlegroup was created in June 2017 in response to Russian aggression in the region.

“The Canadian Armed Forces does not disclose details regarding contingency planning for reasons of operational security,” Defence Department spokesman Daniel Le Bouthillier said in a statement.

“The well-being and safety of our CAF personnel is our No. 1 priority, and we continue to closely monitor the situation in Ukraine and to work with our allies and partners to help Ukraine remain sovereign, secure, and stable.”

Gilbert instead emphasized the training mission remains virtually unchanged from a month or more ago with no signs of winding down. That is despite the threat posed by Russia, and the government having only approved Op Unifier to the end of March.

The Liberals have faced growing calls to extend and even expand the mission, which has already been extended numerous times since it was first established, and there is little reason to believe it won’t be renewed again over Russia’s objections.

“We would be very surprised and disappointed if Unifier wasn’t renewed,” said Ihor Michalchyshyn, executive director of the Ukrainian Canadian Congress. “It’s become a hallmark of Canada’s military security defence relationship (with Ukraine).”

Federal Conservative Leader Erin O’Toole on Thursday called on the government to immediately extend and expand the mission, alongside a number of other demands, to bolster Canada’s support for Ukraine.

“History has shown that capitulation to (Russian) President (Vladimir) Putin’s aggression in eastern Europe has only led to more military action by Russia,” O’Toole said in a statement.

“In order to stop President Putin, Canada must show strength and stand shoulder to shoulder with Ukraine and other Eastern European allies.”

While Ottawa and Kyiv have both touted Operation Unifier as a key contributor to Ukraine’s security and sovereignty, the mission has come under the microscope for having allegedly helped train far-right extremists in the Eastern European country.

A report out of George Washington University in Washington, D.C., in October found that members of Centuria had accessed training from Canada, among other NATO countries, and taken part in joint military exercises.

Centuria is a group that holds ties to far-right movements, venerates Nazi figures and aims to protect what it calls Europe’s “ethnic identity,” according to the report from the Institute for European, Russian and Eurasian Studies.

The Defence Department said Canada relies on the Ukrainian government to vet its security forces, but promised a review.

While some experts have expressed skepticism about Canada’s response, Gilbert said he has issued direct orders to his troops to stop all training activities if they become away of any of their Ukrainian charges having links to far-right groups.

“So we do not train them, full stop,” he said. “And I’m extremely serious about that.”