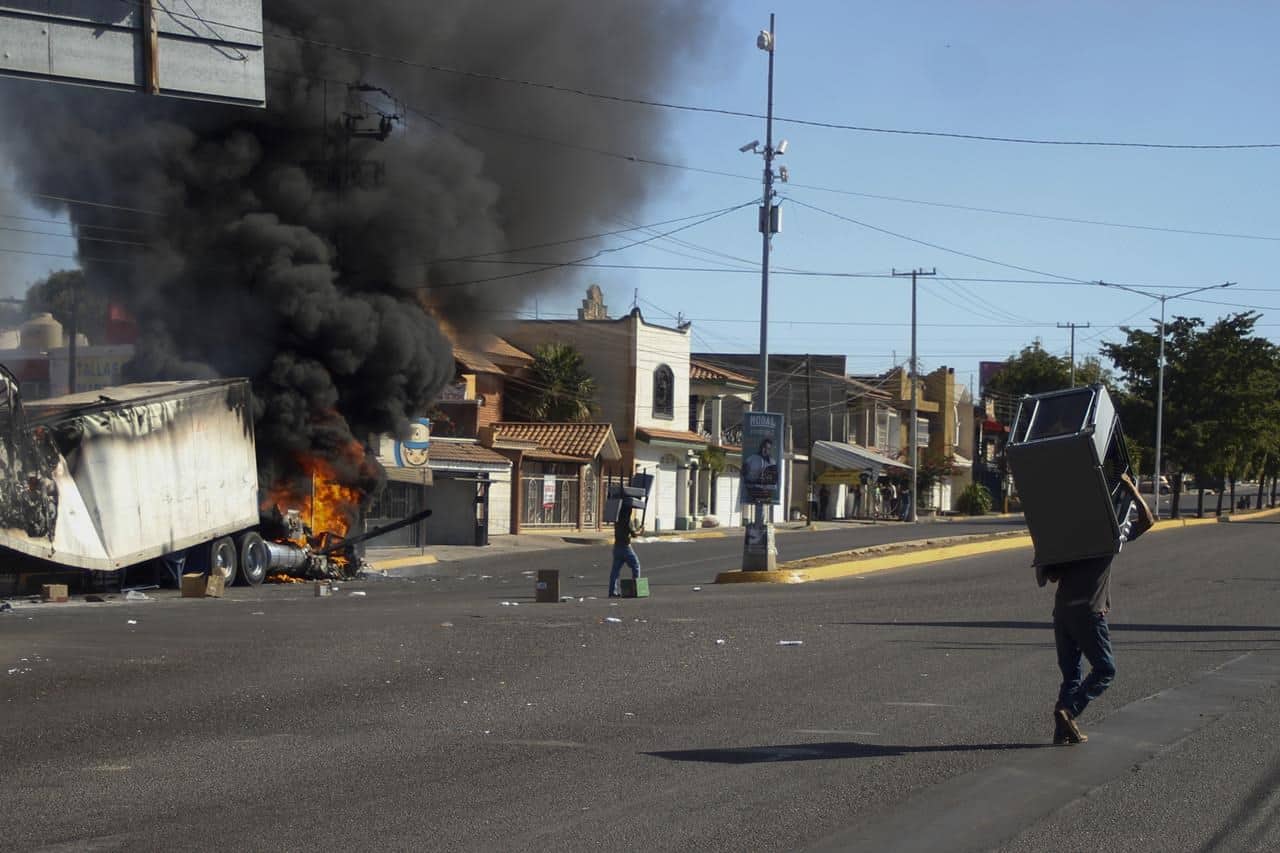 Canadian tourists remain barricaded in their hotel today amid violence in the streets after the arrest of a major drug cartel leader.

But she says they’re definitely shaken by what’s happened.

She says the hotel lobby was full of people who slept there overnight after their flights were cancelled.

The beaches are full of military vehicles patrolling up and down as helicopters patrol the skies.

Dahl says her family went to their room Thursday afternoon and have stayed there.

The federal government is advising Canadians to limit their movements and shelter in place.

The violence in western Mexico began after a pre-dawn security operation Thursday, in which security forces captured alleged drug trafficker Ovidio (The Mouse) Guzman, who is a son of former cartel boss Joaquin (El Chapo) Guzman.

This report by The Canadian Press was first published Jan. 6, 2023.