Canadian man who was set to be deported from U.S. gets COVID in custody, dies 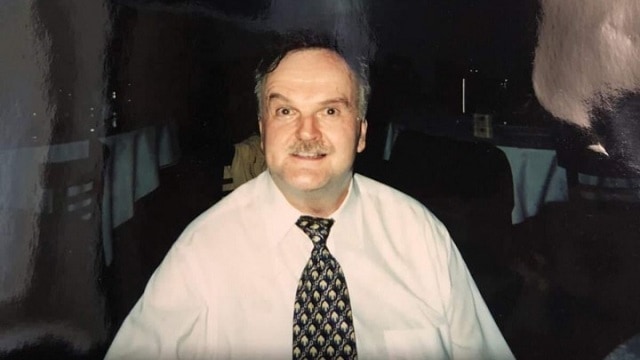 TORONTO — A Canadian man who contracted COVID-19 while in the custody of U.S. immigration authorities has died, leaving his family shaken and looking for answers from governments on both sides of the border.

James Hill, 72, died at a Virginia hospital on Wednesday, four weeks after being transferred there from a nearby detention facility run by U.S. Immigration and Customs Enforcement (ICE).

Hill, a former Louisiana doctor, had been in ICE custody for three months after serving more than 13 years in prison for health-care fraud and distributing a controlled substance.

A statement from ICE says a judge ordered his deportation in May.

His daughter says Hill was due to fly home to Toronto in early July, but ICE says he began to experience respiratory issues and was rushed to a local hospital on July 10.

He tested positive for COVID-19 the next day.

When reached by The Canadian Press on Friday, Global Affairs Canada expressed its condolences to Hill’s family but declined to discuss details of the matter.

Hill’s daughter, Verity Hill, said her father described the Farmville Detention Centre as “the worst place he had ever been” and was becoming increasingly concerned he would catch the virus.

She said initially, her father was put in solitary confinement to protect his health, but was removed for reasons that were not made clear to her family.

“I just can’t believe they didn’t isolate the sick people,” Hill said of ICE, accusing the agency of dragging its feet in the process of bringing her father home.

“I think they just think some people deserve to die…. That’s what crossed my mind.”

According to ICE statistics, there have been 290 confirmed cases of COVID-19 at the Farmville detention centre as of Wednesday, with an estimated 350 to 400 detainees at the centre in total.

Spokeswoman Kaitlyn Pote said the agency is following all government directions on COVID-19 and providing detainees with regular access to testing and medical treatment.

“ICE is firmly committed to the health and welfare of all those in its custody and is undertaking a comprehensive, agency-wide review of this incident, as it does in all such cases,” Pote said in a statement.

But Claudia Cubas of the Washington, D.C.-based immigrant justice organization CAIR Coalition, said Hill’s death highlights the unwillingness of American authorities to protect the health and safety of detainees.

“I know Mr. Hill had a criminal history, but he was a person,” Cubas said. “You cannot bring his life back. We cannot help him reunify with his family. His life is forever gone.”

Cubas argued the inability for immigration detainees to physically distance, and the constant integration of new detainees into a centre’s population, make the spread of COVID-19 in detention centres like Farmville incredibly easy.

She also pointed to a recent ruling by the Canadian Federal Court against the Safe Third Country Agreement — which prevented asylum seekers in the U.S. from seeking refuge in Canada — as further evidence that the U.S. is treating detainees’ lives as disposable.

Nathaniel Erskine-Smith, a Toronto Liberal MP whose office was contacted by Hill’s family on July 15, said he is not sure whether anyone else in the Canadian government was aware of Hill’s situation.

He added he was regretfully not able to help Hill’s family, as the man had already contracted COVID-19 by the time they reached out to his office.