Canadian featherweight T.J. Laramie drops off May 1 UFC card due to injury 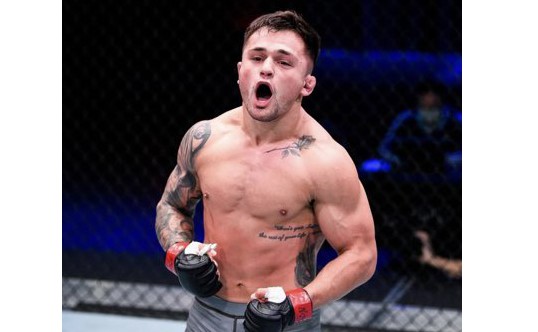 An injury has forced Canadian featherweight T.J. (The Truth) Laramie off the May 1 UFC Fight Night card.

The 23-year-old from Windsor, Ont., was slated to face Damon (The Leech) Jackson. He will be replaced by Luke (Cool Hand) Sanders. The UFC did not specify the injury.

Laramie (12-4-0) is coming off a submission loss in his UFC debut to Darrick Minner last September.

The main event in Las Vegas sees Dominick (The Devastator) Reyes, ranked third among light-heavyweight contenders, against No 5 Jiri (Denisa) Prochazka of the Czech Republic.

Canadians Randa (Quiet Storm) Markos and K.B. (The Brngal) Bhullar are also on the May 1 card at the UFC’s Apex production facility.

Markos faces Brazilian strawweight Luana Pinheiro in a bout that was originally set for UFC 260 on March 27 but was rescheduled after the 35-year-old from Windsor contracted COVID-19.