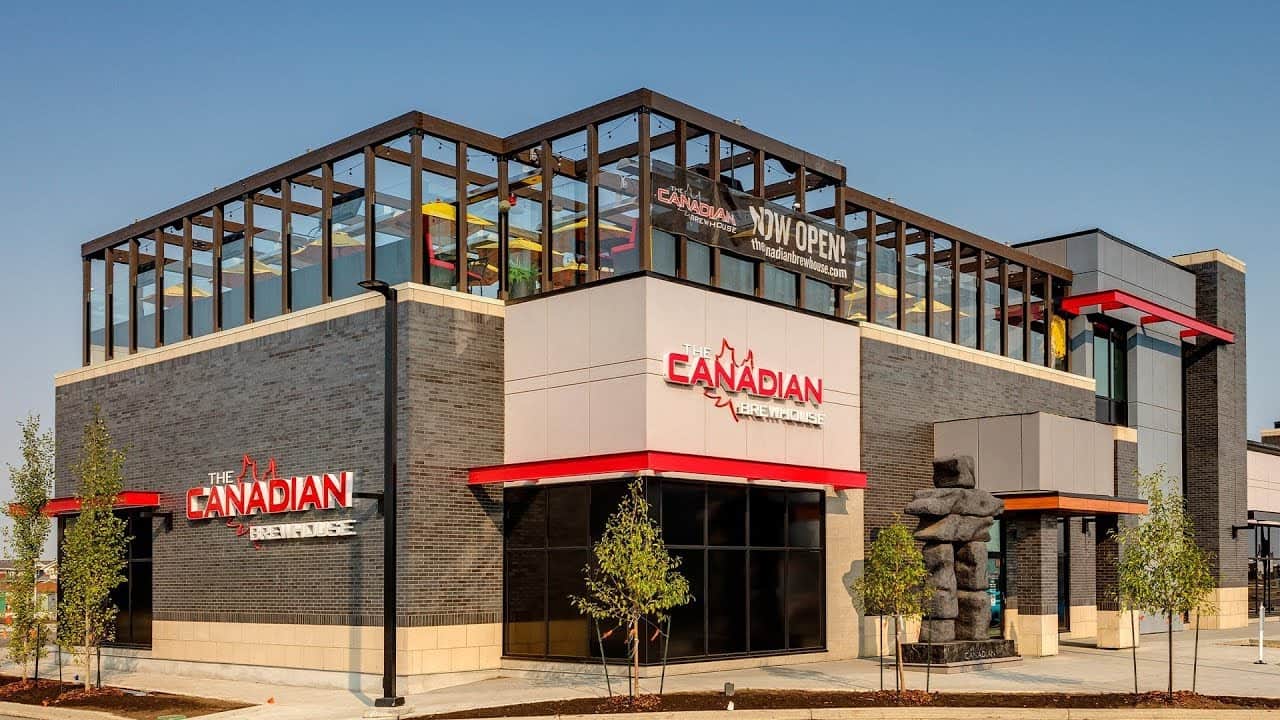 A Canadian-themed Western Canada-based sports bar is opening its first Ontario location in Oshawa next month.

The Canadian Brewhouse, which started out of an old pool hall in west Edmonton in 2002, now has 35 locations across the west.

The newest franchise, to be located at 2710 Simcoe Street North in Oshawa – just north of Durham College/Ontario Tech University – is scheduled to open August 5.

The Canadian Brewhouse serves wings, nachos, burgers, deep-fried pickles other typical roadhouse-style comfort food found in sports bars around the country – along with plenty of macro beer to wash it down – but there a few Canuck twists, such as donair pizza, several kinds of poutine (including caramel chocolate dessert poutine!) and back bacon on nearly everything on their menu as well.

All along with their signature Canadian flag garnish to hold it all together.

There are more televisions per square foot than the average sports bar, the company claims, and the chain is also known for its charitable efforts, having raised $2.6 million to date for charities such as the Lung Association of Alberta and NWT, the Canadian Cancer Society and Make A Wish Foundation.