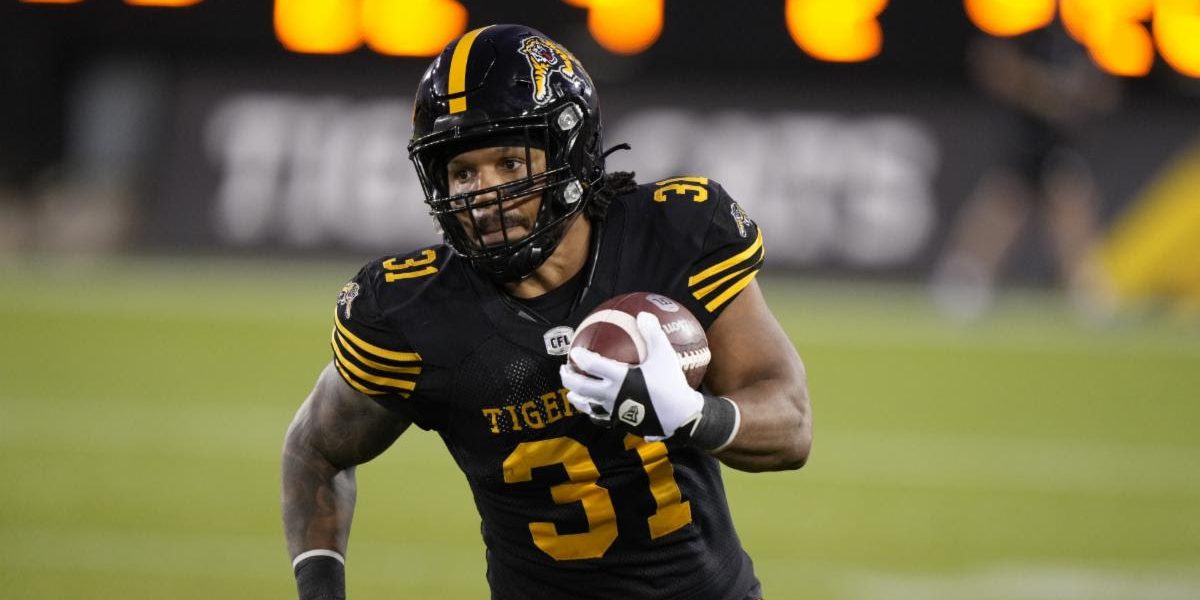 Thomas Erlington, 29, played in 12 games, including eight starts, for the Tiger-Cats in 2021. He tallied 70 carries for 356 yards with four rushing touchdowns and 20 receptions for 129 yards and one touchdown.

The 🇨🇦 duo in the backfield is staying put.

The five-foot-nine, 217-pound native of Montreal, Quebec, has played in 44 games over his four seasons with the Ticats (2017-21), registering 138 carries for 799 yards and five rushing touchdowns with 38 receptions for 415 yards and two touchdowns. The University of Montreal product was originally selected by the Ticats in the eighth round, 66th overall of the 2017 Canadian Football League draft.

Irons, 25, appeared in 11 regular season games for the Ticats in 2021, registering 23 carries for 113 yards and eight receptions for 57 yards. The six-foot, 230-pound native of Chilliwack, British Columbia was drafted by Hamilton in the third round, 22nd overall, of the 2019 CFL draft.

The Ohio University product has played in 22 career CFL games over two seasons with the Tiger-Cats (2019-21), accumulating 321 rushing yards on 73 carries with one rushing touchdown and adding 18 receptions for 116 receiving yards.