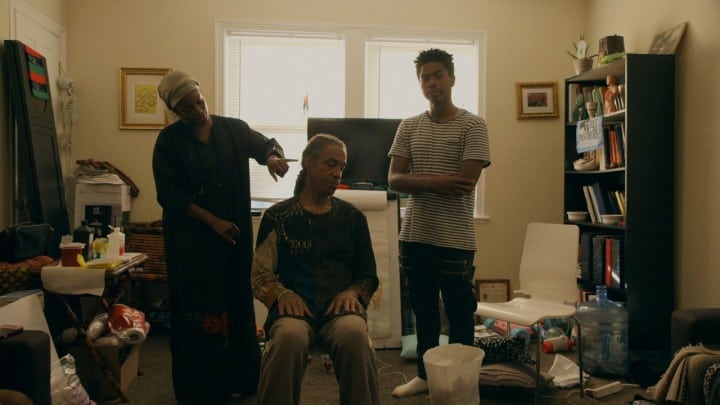 TORONTO — The Toronto Black Film Festival is hosting a panel discussion series with a title that speaks to a pervasive problem in the industry: Show Me the Money.

Amid a racial reckoning sparked by the police killing of George Floyd last May, it seems awareness is heightened, and arts organizations are paying attention to systemic racism and barriers facing Black creators in Canada’s film and TV industry, says festival president and founder Fabienne Colas.

But money isn’t flowing throughout the entire ecosystem, and there’s still a lack of representation onscreen and in leadership positions behind the scenes, Colas adds.

That needs to change soon, because as the clock ticks, “tons of white people are making decisions on what’s going to be funded to go onscreen next year, and in two years,” she says.

As Colas’s festival, which runs online through Sunday, and other screen projects help mark Black History Month in Canada, those in the country’s arts world say the past year has been a critical one in terms of institutions responding to the calling out of racism, tokenism and microaggressions.

Several organizations have announced funding for BIPOC (Black, Indigenous and People of Colour) creators in Canada in the past year. Last summer, for instance, Telefilm Canada pledged $100,000 a year towards the creation of a Black Screen Office, and Bell Media partnered with the grassroots organization BIPOC TV & Film.

But “the Canadian screen world has a long way to go,” says Amanda Parris, a CBC TV and Radio host, writer, and playwright behind the monodrama “The Death News,” which is part of the new CBC Gem anthology series “21 Black Futures” from CBC Arts and Obsidian Theatre in Toronto.

“I feel like Canada is decades behind when it comes to representation onscreen of Black stories by Black creators,” Parris says. “It’s really depressing. And I think being so close to the United States and to the United Kingdom and seeing the things that are emerging there, it’s hard to imagine when the time will come when Canada will see similar stories.”

“It really hit home because there’s such a huge Caribbean diaspora that lives here in Canada that has yet to see their historical stories told with the level of production, deep nuance of storytelling, the kind of budget that he clearly had,” says Parris.

Parris was born in the U.K. and felt a connection to the material but also “a certain level of sadness” at the idea that such programming may not be possible here for a while, she says.

“I’m so reticent to have faith in a lot of the promises that have been made by so many of the networks. I’m not sure if they’re going to feel a fire under them when the protests die down and when things get quieter in the same way.”

If Canada wants to have a vibrant screen industry, it needs to give everyone access to the same resources, says Colas.

Colas, who also founded film festivals in cities including in Halifax and Montreal, says the Toronto instalment that’s in its ninth edition still doesn’t have all the support it needs from the industry. But several new partners have come onboard this year. She also sits on various diversity committees and says “things are moving in the right direction.”

Parris says she’s encouraged by several projects underway in Canada, including the upcoming CBC series “The Porter,” about railway workers in the historically Black Montreal community of Little Burgundy in the 1920s. Director Charles Officer, who helmed Parris’s “The Death News,” is working on the series along with several other Black creators.

Then there’s the CBC News prime-time show “Canada Tonight with Ginella Massa” and the new YouTube news program “The Brandon Gonez Show,” launched in January by the titular Toronto broadcaster, who left CP24 to launch the project.

Parris says Gonez as well as The Black Academy, recently launched by Toronto actor-brothers Shamier Anderson and Stephan James, are among several examples of a shift “away from a lot of these mainstream institutions to Black folks being like, ‘What can we build ourselves?’”

Anderson says he thinks change is happening, with even major Canadian broadcasters acknowledging a lack of diversity in their ranks, for instance.

But “it needs to happen faster,” he adds, noting The Black Academy is still looking for more funding besides that offered by the Canada Media Fund, as it builds its own award show and programming.

In the theatre world, there’s also “a very heightened, almost panicked awareness of the lack of diversity and the lack of Black representation,” says Obsidian Theatre artistic director Mumbi Tindyebwa Otu, who conceived the idea for “21 Black Futures.”

Tindyebwa Otu says that conversation needs to extend beyond the faces seen onstage to those backstage and in the board rooms, so theatre companies don’t burden any single individual working within a historically white institution to speak for the whole race.

The “21 Black Futures” series, she says, is “almost like a catalogue of an example of who’s out there and saying, ‘Look at their work, see what they have to say, listen to their stories and contact these individuals,’ so that there’s never an excuse in the future of ‘I have no idea who to reach out to or who to connect to’ in the future.’”

Black History Month gives institutions a convenient opportunity to think of funding and programming for four weeks out of the year, but the big shift is in realizing that “Black people are living these lives all year round,” says Tindyebwa Otu.