History buffs and lovers of true crime may be interested in looking back at one of the darker stories in Mississauga’s history.

Perhaps people have forgotten — and maybe the younger generation is completely unaware — but there was once a time when the then-sleepy bedroom community of Mississauga garnered international attention for a gruesome and terrible murder that spurred an epically long trial (one of the longest in Canada’s history) and two more attempted murders. 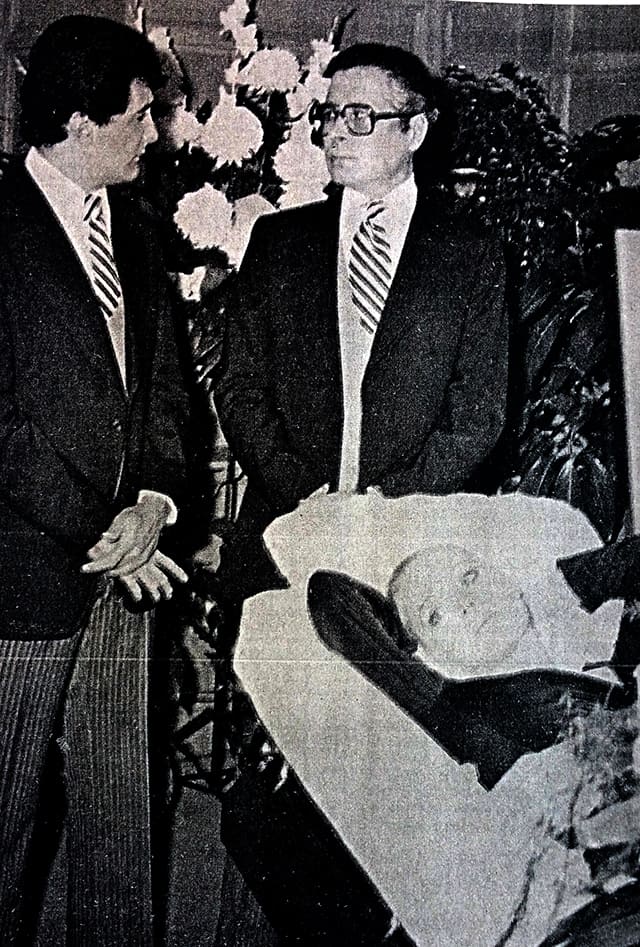 A scene in the film I Love You, Hugs and Kisses, which is based on the Demeter case.
(Photos courtesy of the Mississauga News obtained from Central Library archives)

On July 18, 1973, 33-year-old fashion model Christine Demeter was found dead in the garage of her upscale Mississauga home. She was lying facedown; a catastrophic head wound gushing blood all over the concrete floor. She had been hit roughly six times with a blunt object, most likely a tire iron or a crowbar. It shattered parts of her skull and sent blood and brain tissue cascading through the garage.

Christine’s actual killer was never imprisoned. The man thought to be responsible for bludgeoning the Austrian-born model and mother of one to death, a small-time criminal named Imre Olejnyik, died in Hungary in 1975. That said, the man who arranged her murder — her very own husband — was convicted of non-capital murder in London, Ontario 17 months later.

Why did Peter Demeter kill his wife?

The same reasons a lot of people kill their spouses.

Money and other lovers.

“While the tales of deranged stranger serial killers — the kind who break into their victim’s homes or pull unsuspecting people into vans with tinted windows — grab our attention, most murder victims are slain by people they know (and sometimes even love).”

Like many married couples, Peter and Christine Demeter were unhappy. Married in 1967, the pair, who had a daughter together, became increasingly dissatisfied with one another. Although it’s impossible to say exactly what went on and what was said behind the closed doors of their spacious Dundas Crescent home, it’s clear that matrimonial harmony gave way to anger, distrust and suspicion (if it ever existed at all). When Demeter was convicted of hiring a third party to murder his wife, his motives seemed apparent — money and a mistress. Demeter made it clear he wanted to collect on Christine’s $1.1 million insurance policy (he went for it even though he was on trial for the woman’s murder). He was also known to be cavorting with another Austrian woman, a young Viennese model named Marina Hundt.

Later on, it would also be revealed that he was intensely sociopathic and had no qualms arranging (unsuccessfully in later cases, thankfully) kidnappings and murders.

In a series of articles penned by a Globe and Mail reporter named Vianney Carriere, direct quotes from Demeter’s defense lawyer, Joseph Pomerant, show how fabulously ludicrous the discourse got. It’s also somewhat interesting that Mr. Pomerant (who defended Demeter along with famed lawyer Ed Greenspan) was later disbarred and convicted of bilking $500,000 from a drug dealer client.

To give a basic summary, the lengthy court case involved peeks into the little-known and bizarre underworld of Hungarian crime, testimonies from criminals and an informant who wore a paper bag over his face and accusations against dead people.

Mr. X (now known as Gyala Virag) who concealed his face at the trial.
(Photos courtesy of the Mississauga News obtained from Central Library archives)

One person who testified for the defense was Joe “Ironman” Dinardo (born Gabor Magosztovics), a man who was serving a prison sentence and who continued to have run-ins with Canadian law enforcement well into the early 2000s. He claimed that Christine was most likely killed by a dead criminal named Laszlo Eper — a man, he suggested, she was in talks with regarding a hit on her husband.  Oddly enough, Dinardo also said that the late Christine had offered him $10,000 to break Demeter’s arms and legs.

As the trail got hairier, Pomerant heaped a verbal avalanche of acid-tongued malice upon Demeter’s former friend and police informant, Csaba Szilagyi. Szilagyi was a key witness for the prosecution and he helped their case immensely by producing a series of secret recordings that he took after Christine’s death.

His trouble earned him some harsh — but memorable and, to be honest, creatively mean-spirited — words from Mr. Pomerant.

“And who is Csaba Szilagyi?” The defense lawyer asked, as recorded by Carriere. “A man who is one of the most miserable human beings who lives on the face of this earth. A man with the pretensions of a nobleman, who has had to disassociate himself from his parents, his sister, his friends and his country…Peter Demeter is a self-made man and an attractive man. Csaba Szilagyi is a chronic hapless failure as human being.”

Pomerant argued that while Demeter was indeed having an affair and was unhappy with Christine, there was no reason to believe he arranged her murder. 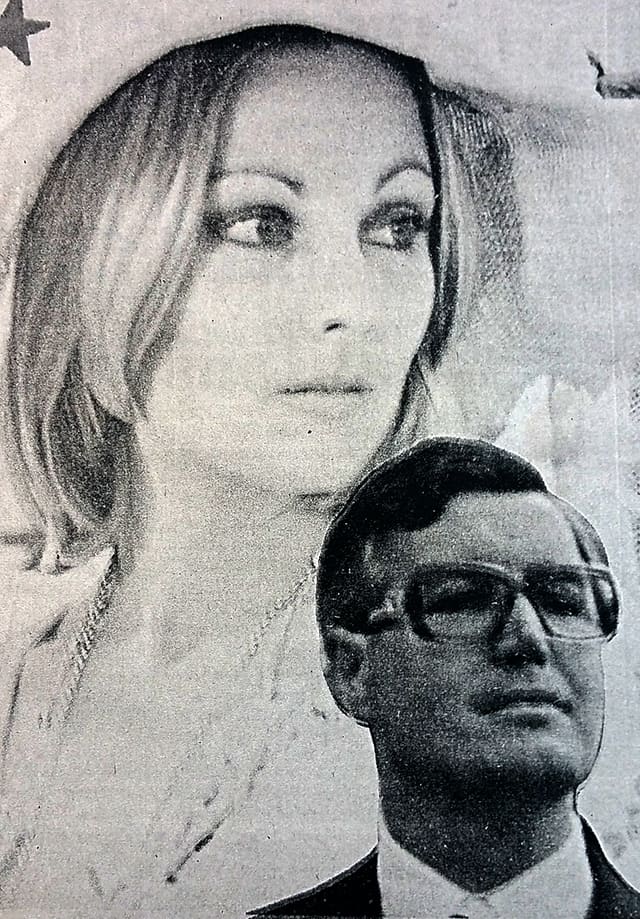 At the end of the trial, the jury decided that Demeter was, indeed, guilty of ordering a hit on his wife and he was sentenced to life in prison.

But that wasn’t the end of Demeter’s bizarre fascination with having people murdered for the capital crime of making him unhappy.

When Demeter was living in a half-way house on parole in Peterborough, he had another major run-in with the law. In the mid-80s, he was convicted of plotting to murder his cousin’s young son because he was angry with the teenager’s father (who was the legal guardian of his daughter, Andrea). He was also charged with arson in 1983 in connection with a fire that torched his luxurious home (a fire he claims was started by Peel police). The conviction for the plot to murder his nephew resulted in two new life sentences.

In 1988, he was caught conspiring to kidnap and murder the daughter of his lawyer, Toby Belman. This plot was the result of a conflict over financial compensation for the lawyer’s services. That conspiracy resulted in the killer-for-hire-loving Demeter being hit with two additional life sentences.

“Your evil knows no bounds. It never rests. It never ends…Whether or not you are inherently evil, I do not know, but you ooze evil out of every pore and contaminate everyone around you.”

Now, the geriatric convict resides in the medium-security Bath Institution outside of Kingston. He has decided to forego appearing at any biannual parole hearings, resigning himself to life in prison. His decision isn’t without precedent, as he was not allowed to leave the prison — even with armed escorts — during his 1999 hearing. He was deemed much too dangerous. Demeter briefly made his way back into headlines in 2006 when he took public umbrage with requests that he provide DNA samples.

The elderly inmate has battled poor health, suffering two heart attacks, a stroke and three cancer diagnoses. He still maintains his innocence to this day, admitting to threatening his lawyer but not to ordering the murder of his wife. He says he was too financially practical to do such a thing.