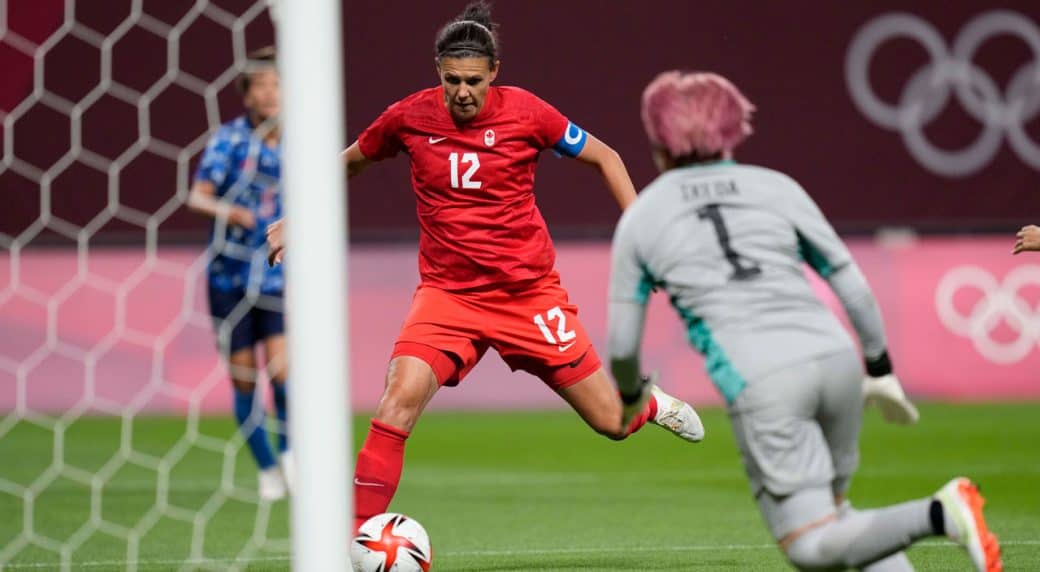 Soccer legend and Canadian icon Christine Sinclair scored her international record-breaking 187th goal for Canada – in her 300th appearance – as the Red & White opened the 2020 Olympic tournament with a 1-1 draw with host Japan this morning.

Sinclair, in her fourth Olympic Games, scored in the sixth minute but Mana Iwabuchi replied in the 84th with a long strike to give the host nation a precious point.

Canadian ‘keeper Stephane Labbe was called for a foul on Japanese striker Mila Tanaka in the 57th minute and was injured while doing so. She stayed in the game to save the penalty and a Japanese flurry that followed but then left the game, to be replaced by Kailen Sheridan.

Canada is a two-time bronze medalist at the Olympics, earning medals in London in 2012 and Rio in 2016. Sinclair scored the game-winner against Brazil five years ago.

Japan won silver in London but did not make the cut for Rio de Janeiro in 2016.