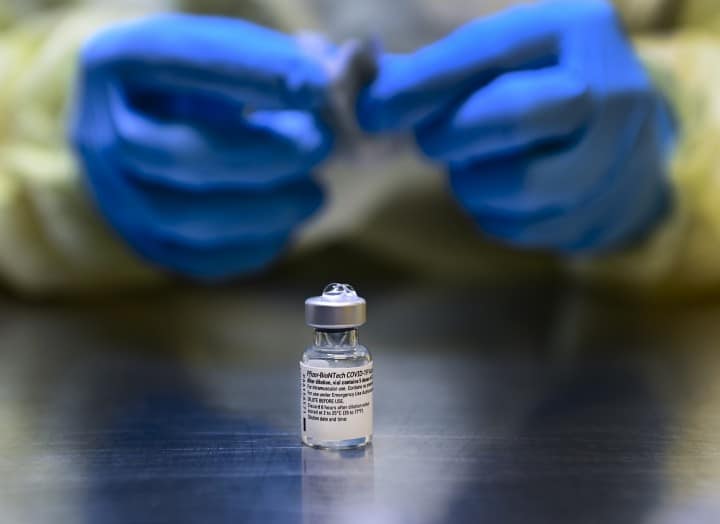 Prime Minister Justin Trudeau today is expected to announce the makings of an agreement to produce COVID-19 vaccines within Canada.

Industry Minister Francois-Phillipe Champagne tells The Canadian Press the government is moving quickly to start making COVID-19 vaccines itself, instead of being entirely reliant on foreign production for the most sought-after product in the world.

Canada’s inability to produce any COVID-19 vaccines at home has left the country at the mercy of foreign governments who could at any time slam the doors shut to vaccine exports until their own people are vaccinated.

Champagne’s department and the National Research Council have been in talks with all the front-running vaccine makers in the world for months, trying to lure at least one of them to make some of their vaccines at the new facility, which is on track to be finished this summer.

None of those talks have borne any fruit until now.

“I have received positive feedback from some leading vaccine manufacturers in these discussions, and so we are moving full steam ahead to build Canada’s domestic production of vaccines,” said Champagne, in a statement to The Canadian Press.

The National Research Council was even rebuffed in offers to help all leading vaccine makers do research on scaling up their production processes to make the precious doses as fast as possible.

None of those offers was accepted.

Talks to do that with Novavax fell apart at the 11th hour last fall, right before an initial agreement for Canada to buy 52 million doses of Novavax’s vaccine was announced.

An email chain, released to the House of Commons health committee in the latest batch of documents on Canada’s pandemic response, shows a reference to the agreement was deleted from the memorandum of understanding with Novavax the day before the deal was made public.

The National Research Council was also going to make doses of CanSino Biologic’s vaccine, in a deal that included a $44-million upgrade of the NRC’s Royalmount facility in Montreal.

But Canada’s partnership with CanSino fell apart almost as quickly as it began, when China refused to allow any doses of the vaccine to be exported to Canada for use in a clinical trial here.

The vaccine is made using technology that was developed at the NRC in the first place and then licensed to CanSino for use in an Ebola vaccine.

After that deal fell apart the Trudeau Liberals added $123-million for the NRC, so it didn’t just expand the Royalmount facility, but built an entirely new production site beside it, capable of pumping out two million doses of vaccine a month.

It won’t be able to make the messenger RNA vaccines, like those from Pfizer-BioNTech and Moderna, but can make most other types of vaccines, including those made by the other three vaccines currently being reviewed by Health Canada — AstraZeneca, Johnson and Johnson and Novavax.

Canada invested another $173 million to Quebec’s Medicago, to push research on its vaccine and build a new production plant in Quebec. If Medicago’s vaccine turns out to be safe and effective for COVID-19, it will initially be made in North Carolina.

Canada’s only vaccine production exists with Sanofi in Toronto and GlaxoSmithKline in Quebec. Sanofi pumps out millions of doses of vaccine in Toronto for diseases like whooping cough, polio and tetanus, while GSK’s Quebec plant is where Canada gets most of its annual flu vaccine.

The two are collaborating on a COVID-19 vaccine, which was delayed until at least the fall after initial results were not as good as hoped. But their plan, like that of Pfizer, Moderna, Novavax and Johnson and Johnson, does not involve making any of that vaccine in Canada.

Canada used to have a strong domestic vaccine industry.

Federal records show in 1973, Canada relied on imports for only about one-fifth of its domestic pharmaceutical requirements including both vaccines and therapeutic drugs.

But the industry began to dry up in the 1980s, with multiple firms closing their Canadian operations including AstraZeneca, Bristol Myers and Johnson and Johnson.

Today, Canada relies on imports for at least 85 per cent of the vaccines and other pharmaceuticals it uses.