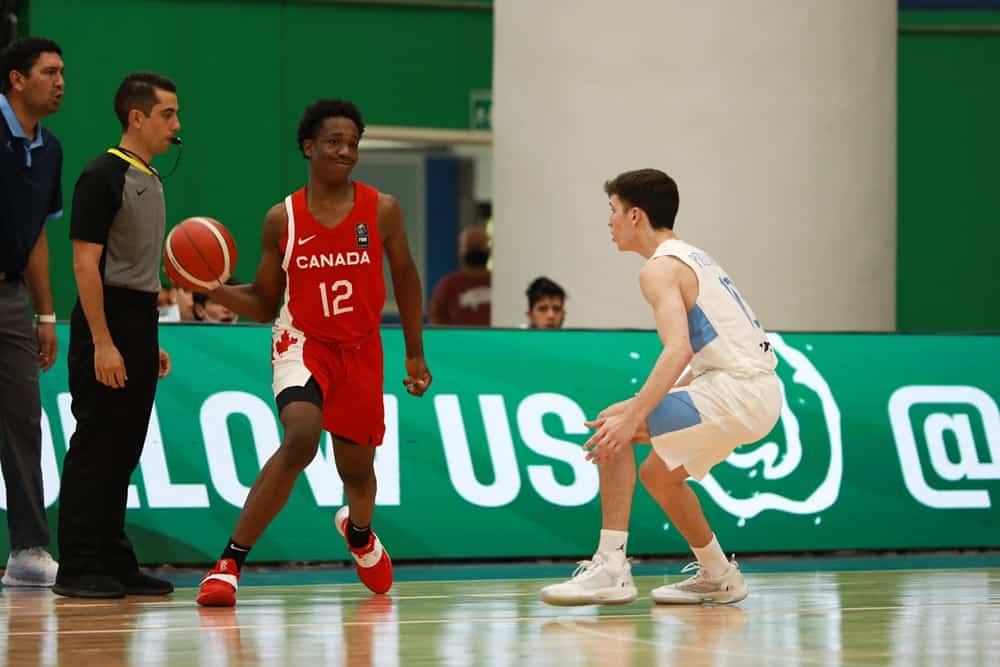 After three straight silver medals at the FIBA U16 Americas Championship Canada finds themselves in an early hole at the 2021 tournament after dropping the opener to Argentina 81-70.

Cold shooting and an over-reliance on Mikkel Tyne, a 5-foot-10 guard from Huntington Prep in the U.S., proved to be Canada’s downfall as Argentina double-teamed Tyne and forced him to turn the ball over late in the game.

Tyne led all scorers with 22 points on 9/17 shooting, while Argentina received 17 points each from Juan Bocca and Lucas Giovannetti.

Oshawa’s Efeosa Oliogu had nine points for Canada in the 15 year-old’s first taste of international competition. Oliogu, who attends United Scholarship Academy in Toronto, was 4/13 from the floor and 0/3 from long-range.

Canada takes on host Mexico tonight and Brazil, who beat Mexico 69-59 in their opener, tomorrow night. Both games should be considered must-wins if they have any hopes of reaching the semi-finals.

The top four teams in the tournament punch an automatic ticket to next year’s U17 World Cup.

In Group B action yesterday, the six-time defending champion Americans and the Dominican Republic both had easy wins to start the competition. The U.S. crushed Puerto Rico 118-67 and the DR doubled up Chile 107-54.