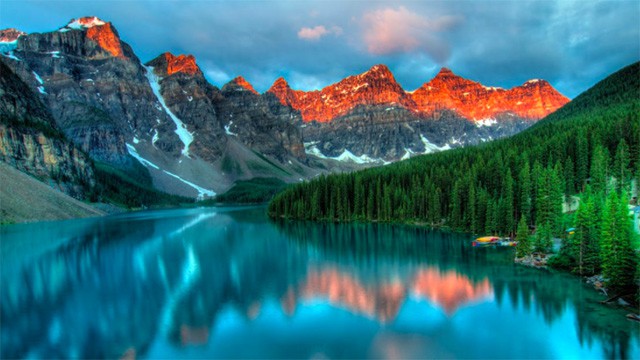 Canada welcomed a record-breaking 20.8 million tourists in 2017 – the highest ever in Canadian history – according to preliminary data released Feb. 20 by Statistics Canada.

The previous record, set in 2002, was surpassed by nearly a million.

The figures “are yet another reminder of what has been clear for a while now: Canada is back. And more and more, the world wants to come and visit. We are excited to share our vibrant cities, beautiful natural attractions, diverse cultures and proud history with record numbers of visitors,” said Minister of Small Business and Tourism Bardish Chagger.

“This is great news for our tourism sector, and the more than 1.8 million jobs that depend on it.”

Since the previous peak year in 2002, the composition of tourists to Canada has changed significantly.

Overnight arrivals to Canada from countries other than the U.S. reached an all-time high of more than 31 per cent in 2017, up from 19 per cent in 2002.

“This is fantastic news for Canada,” said Destination Canada’s board of directors chairperson Ben Cowan-Dewar.

“Working with industry partners across the country has given us a competitive edge and positioned Canada as top of mind for travellers from all over the world.”

The record-breaking year is due to a number of contributing factors, the federal government says, such as implementing visa changes for priority markets by introducing the eTA and opening seven new visa application centres in China, Canada’s third largest source market.

In addition, new flight routes and increased service to Canadian airports have flight capacity soaring by 7 per cent over 2016 to the highest level ever. 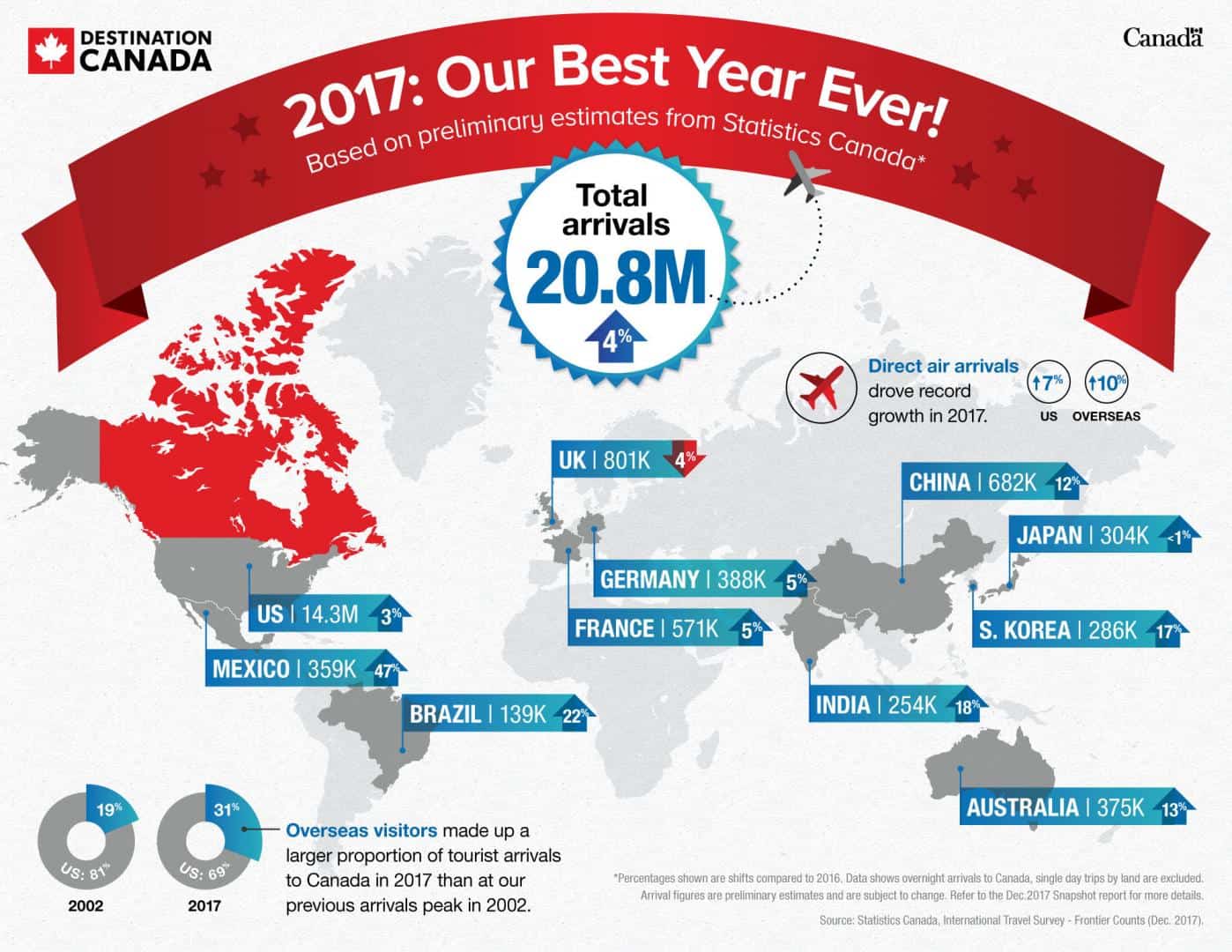