Can You Get Alcohol at Starbucks in Mississauga? 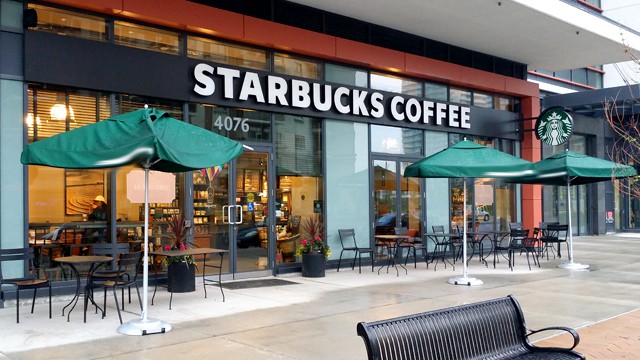 As for Mississauga, it appears coffee drinkers who might want to return to the café for an after-work brew may have to wait a little longer.

“We are launching the first three locations in Canada in Toronto next week,” said Madeleine Löwenborg-Frick, public affairs, Starbucks Coffee Canada, in an email. “While it is our intention to expand the program, no future locations have been selected.”

The lucky Toronto coffee aficionados who frequent the chosen locations will get to enjoy what the popular brand calls Starbucks Evenings. According to a recent CBC article, customers who decide to sample the new menu can order Prosecco, Chardonnay and local craft brews. A selection of interesting small plates will also be available, including bacon-wrapped dates, truffle mac and cheese and fancy flatbread.

So while there are no plans to license any Mississauga joints right now, it appears possible — perhaps even likely, given the city’s vast population and wealth of Starbucks locations — that Sauga could receive a boozier Sbux menu in the future.

“It’s the beginning of something,” Jessica Mills, director of brand and digital with Starbucks Canada, told the CBC.

While Starbucks Evenings are new to Canada, they’re not that new to the brand. According to the CBC, the popular café serves alcohol at over 300 U.S. stores, one U.K. store and one Japanese store.

As for which TO locations are serving alcohol, you can pair some wine or beer with your latte at the following cafes:

Would you drink at a Mississauga Starbucks?

Or would you rather stick to your favourite bars and restaurants when looking to relax over a glass of wine with friends on the weekend?