Can Mississauga Become a 'Smart City'?

The term "Smart City" has been tossed around for a couple of years now, but people might not know exactly what it means.

"Smart Cities" is a way to describe how cities around the world are using data, technology and innovation to transform and modernize their services. By working with community partners, businesses and industry, Smart Cities can help build vital connections to foster open government, make data more accessible, and enable more research-based decision making.

In Mississauga, there are already a few examples of utilizing data under 'Smart City' principles to provide services in this manner, such as better traffic signal coordination and an online resource that can access worldwide information for UTM students. In a recent interview, Mississauga's Chief Information Officer, Shawn Slack, outlined other examples of using Smart City principles for services such as expanded Wifi, LED streetlight networks and better stormwater mitigation methods.

Last year, Mississauga entered the federal government's Smart Cities Initiative, which offers a cash price of up to $50 million for a city of Mississauga's size, with the final submissions being due on April 24. As part of the effort to win the contest, city staff are hosting a series of public meetings to gauge and solicit ideas for Mississauga's Smart City pitch to Ottawa. 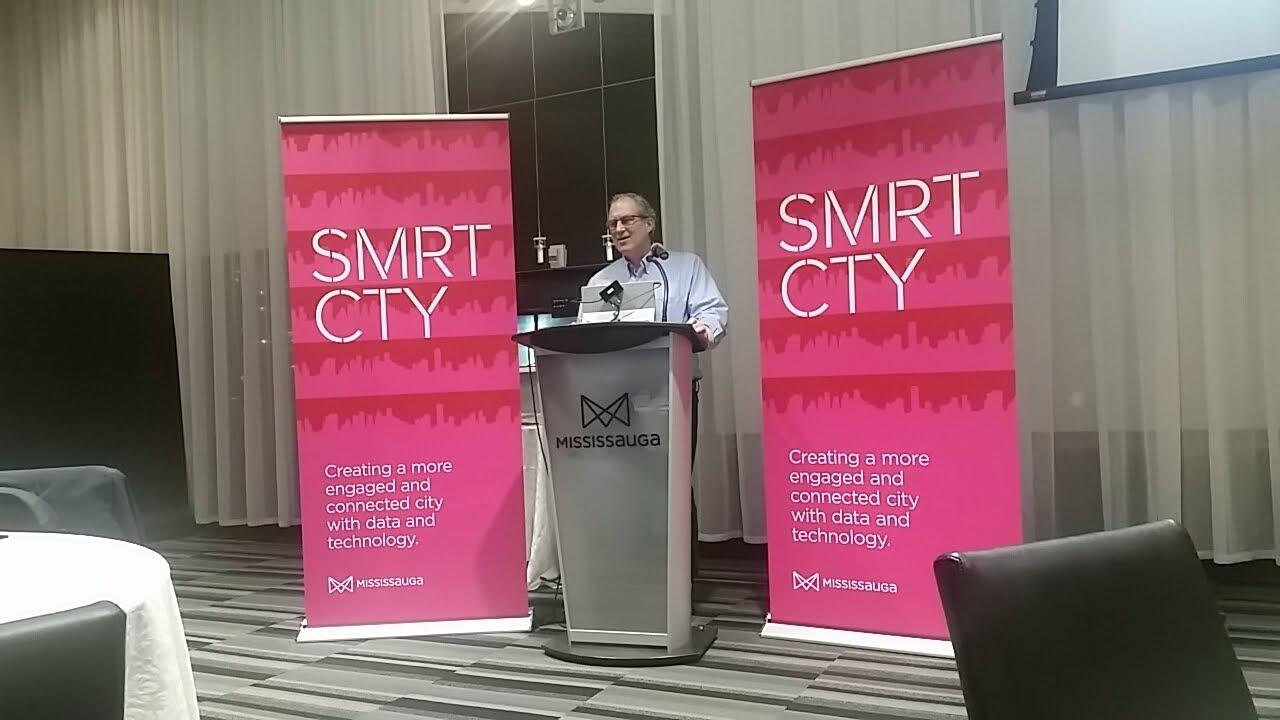 Besides the submission for the Smart Cities Challenge, Slack outlined the long term goal of developing a Smart Cities Master Plan with the public's ideas, which means even if Mississauga is unsuccessful in the bid, the Smart City concept is here to stay.

There are six areas of focus under the Challenge, but applicants can only pick two:

During the breakout sessions, there were a number of ideas that were thrown around all the tables. While the consensus was that the city should go with Mobility and Economic Opportunities as the two areas for their pitch to the federal government for the Smart Cities Initiative bid, there were other interesting ideas thrown out for the other focus areas as well.

Here are some examples of Smart City ideas from those discussions:

At the end of the discussion, there was also an agreement that data and policy have to be more synchronized between all the levels of government if they wanted to implement smart city principles correctly. In Mississauga, you have GO transit being run by Metrolinx but the Milton GO tracks are owned by CP Rail, and if the city wants to implement some technology to better improve transit services, they're going to need the proper information from the province as well as their own data in order to make sure they have the facts straight.

Not everyone during the discussion was fully sold on the future with smart cities. There were some people who, while wanting to see some changes and tangible improvements, were pessimistic about the eventual outcomes . "If this thing is a mess already, you're just improving the mess," said a gentleman named Keith, reflecting that old adage that 'if it ain't broke, then don't fix it.'

One final thought was that this initiative may have been limited to participating cities and towns, but was there a possibility of extending it to residents and citizens. From what people were proposing at the workshop, it seems that individuals have their own ideas about what a Smart City could be as well in Mississauga.

Do you have any ideas on what Smart City principles mean for Mississauga?

New Jamaican patties take-out spot is now open in Square One in Mississauga
There’s nothing like getting a whiff of fresh Jamaican patties while window shopping at the mall.
END_OF_DOCUMENT_TOKEN_TO_BE_REPLACED