Can Cyclists Use the Entire Lane on the Road? 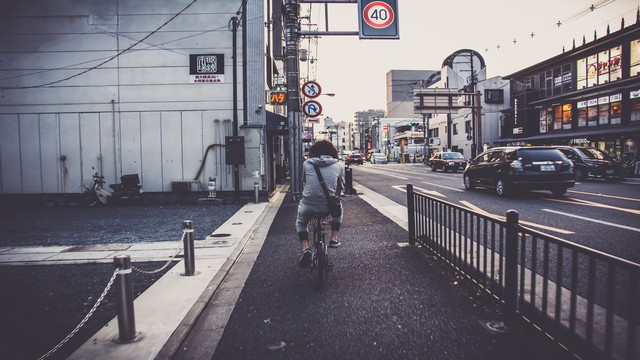 If you’re Canadian, you’re definitely a little bit into biking. It’s a great way to stay fit and lose the winter flab.

Besides, it’s bike month! And, with summer already here, more and more cyclists are out and about.

CAA South Central Ontario (SCO) is encouraging motorists to keep safety as a priority, especially when sharing the road with cyclists.

All drivers and cyclists have been advised to be predictable, patient and communicate with signals, check blind spots and turn on the headlights at dawn and dusk.

If you drive regularly, here’s what the CAA wants you to keep in mind:

1)    In Ontario, you’re required to keep a one-metre distance between the car and bike to improve safety for both.

2)    Under the Highway Traffic Act, cyclists can use the entire lane, even if they physically use only a part of it.

3)    And, if you’re getting out of a car, look out! You don’t want to be dooring – blocking the path of an oncoming cyclist.

Turns out, dooring is quite a big problem. In 2015 the penalty for dooring increased, but issues still continue and 209 dooring collisions were reported in 2016. The number of dooring collisions increased in 2016 by 58 per cent, compared to 2014. Dooring a cyclist carries a fine of $365 and three demerit points.

CAA recently surveyed its members in SCO about dooring and the awareness of Dutch Reach, a life-saving technique where you open your car door with the opposite hand. That way, you’re looking out of your window, to ensure no car or cyclist is in the path when you open your door.  52 per cent members cycle at least occasionally and less than ¼ of them were aware of the legal consequences of dooring. And, 86 per cent have not heard about the Dutch Reach method.

Dooring accidents usually go unreported. Opening the car door using the Dutch Reach is not a common practice. Only 15 per cent of those surveyed use Dutch Reach and they are either cyclists themselves or are males and younger members.

Cyclists also need to look out for cars at intersections, as they are likely to turn. And, instead of being on the right of the car, cyclists should ideally wait or pass on the left. You don’t want to be in blind spot of a turning vehicle.