Can a Ban on Smartphone Use While Crossing the Street be Coming? 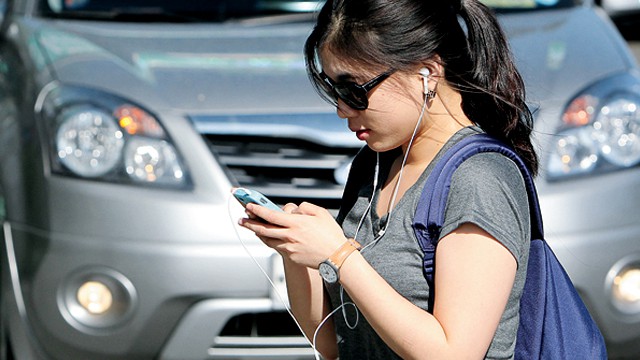 If you’ve wandered into traffic with your eyes on your phone, Toronto city council (and perhaps everyone else) wants the province to compel you to keep your eyes on the road.

Earlier this week, TO councillors passed a motion formally asking the province to look into a ban on pedestrians using cell phones, the Toronto Star reports. Although the motion was passed by TO brass, the call to the province indicates that a potential ban would affect everyone in Ontario including Mississauga.

So, Pokemon Go enthusiasts seeking out Pikachu in City Centre could, potentially, run afoul of the Highway Traffic Act should the provincial Liberals pursue the motion.

If you think the idea is absurd (if not somewhat logical), you’re not alone. According to The Star, some councillors were “laughing in the aisles.”

The newspaper reports that the amendment, moved by Councillor Frances Nunziata, asked the Ontario minister of transportation to consider making changes to the Act to prohibit “actively using a handheld wireless communication device or handheld electronic entertainment device while on any travelled portion of a roadway.”

While some people were laughing, others were not. The motion was approved by a vote of 26 to 15 and even Mayor John Tory was on board.

According to The Star, Nunziata defended her motion by saying, “there is a fine for texting (while) driving, but there isn’t a fine for texting and walking on a roadway, and I don’t know if members of council have experienced this, but especially downtown when you’re driving and you’ve got a green light or a red light and a pedestrian is in the middle of the roadway texting and won’t move, and it’s just constantly.”

The Star points out that there is some precedent here, as the province’s chief coroner determined, based on data from 2010, that pedestrians were more likely to be killed if they were using electronic devices.

So, Mississauga – how does this make you feel? Do you hope the Wynne government institutes a province-wide ban on texting while traversing a bustling roadway? Or do you think the onus should be on drivers to be more mindful of potentially distracted pedestrians? Would a simple public awareness campaign — one free of the threat of fines — be more appropriate?