Call Centre Employees in Brampton Should be Protected from Abuse 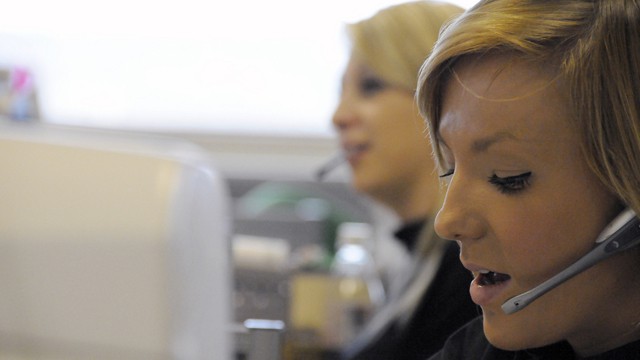 Working in a call centre can be stressful and challenging.


Working in a call centre can be stressful and challenging. You have to sit in front of a phone all day, calling people and saying the same thing over and over again–not to mention dealing with a wide variety of strangers with their own ways of responding to your call. Most of those calls end amicably, but call centre workers can be subjected to abusive and threatening responses that no human being should ever have to bear.

Recently, call centre workers launched a campaign called Hang Up on Abuse. The goal is to give call centre employees the right to hang up on abusive or offensive callers. They are currently not allowed to do so under current industry standards.

Here’s a brief sampling of what call centre employees have had to deal with:

“I’m going to go over there and kill you.”

“I hope you get cancer and die.”

“I’m so glad to hear that you’re white.”

“Listen honey, could you put a man on the phone for me who knows how to do his job?”

“What colour panties are you wearing?”

And this awful one:

“Ugh…stupid faggot. Are you retarded?”

A quick search online shows that there are a variety of call centre positions available in Brampton and across the GTA, but call centre work is not limited by geography. Call centres in India contact people in Canada on behalf of Canadian companies.

We all know that people, in some cases, have limited tolerance for call centres. Sometimes the calls are considered annoying, other times people worry they’re being sold a product they’re not interested in or, in some cases, actively scammed.

I have personally been contacted by people making these types of calls, two of which I could tell were doing it from a call centre. I’ve also had someone claim to be from the Canadian Revenue Agency and ask me to pay my taxes (which was a scam). I’ve also had someone ask me if I needed my ducts cleaned (I politely told that person that I live in a condo, at which point she hung up on me) and I’ve received cold calls from professed real estate agents asking me if I want to sell my place (which could be legitimate, but you never know), and all I do is politely tell them I’m not interested. If they insist on continuing to speak, I just quietly hang up the phone. That’s certainly a much subtler way to handle these calls.

But while these calls can be annoying, there’s truly no excuse for harassment and these people do deserve basic protection.

Call centre employees work very hard at the jobs they do. Even if you don’t approve of a call centre’s means to make sales or achieve whatever goals they’re set on, the people behind the phones shouldn’t be subjected to abusive or threatening callers.

Hopefully this campaign to give them some leeway to dealing with this kind of abuse is allowed.

What do you think, Brampton? Would you like to see call centre employees better protected from abuse?