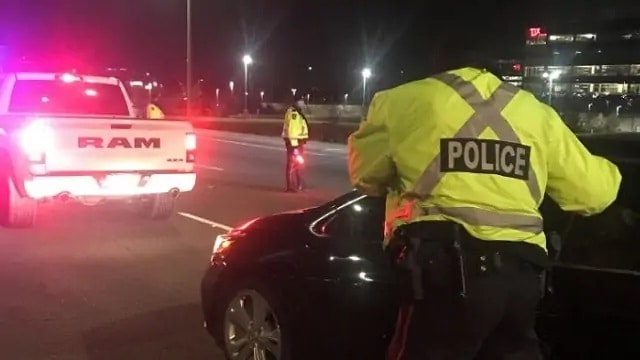 Police in Caledon say they charged twice as many people with impaired driving during their 2021-2022 Festive RIDE Campaign compared to the previous year.

Those charges include Impaired Operation, Driving with Over 80mgs of Alcohol, and Refuse to Provide Breath Sample.

Officers conducted 125 RIDE Checkpoints during the 2021-2022 campaign. Police say 16 drivers registered a warn range reading at RIDE stops, which can result in a three day minimum driver’s license suspension at the roadside.

With RIDE checkpoints opperating throughout the year, the Caledon OPP is encouraging drivers to plan ahead if they choose to consume alcohol or drugs.

“Use a designated driver, cab, rideshare, public transit or stay overnight,” police said in a statement. “Any amount of alcohol or drugs can impact your ability to make sound judgements. There is no excuse for impaired driving.”

Police also warned drivers not to travel with open cannabis or alcohol.

While legal products, cannabis and alcohol must be sealed and not accessible to the driver.