A Caledon man is facing multiple charges after a drug investigation in Brampton, including possession of a loaded firearm.

In late December 2022, Peel Regional Police officers began investigating an adult male suspected of selling drugs out of a residence in Brampton.

The suspect was identified as 37-year-old Caledon man Romaine McBean.

“It is alleged that McBean regularly travelled from his residence in Caledon to sell drugs at a dwelling in Brampton,” said police.

On Thursday, January 5, officers executed search warrants in Caledon and Brampton and seized a loaded Glock 26 compact handgun and 50 rounds of 9mm ammunition.

Officers also seized a large quantity of suspected cocaine, suspected fentanyl, and a large amount of Canadian currency estimated to be over $150,000. 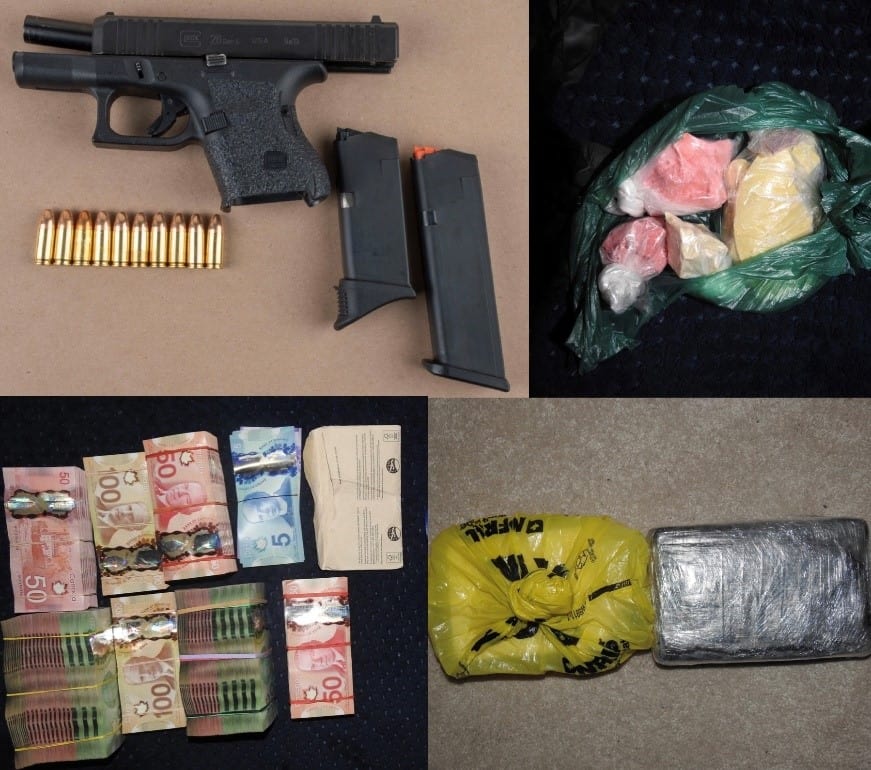 McBean was located and arrested during the search warrants.

“At the time of his arrest, Romaine McBean was already on judicial release for other violent offences, including firearms-related charges, forcible confinement, and was prohibited from possessing weapons,” said police.