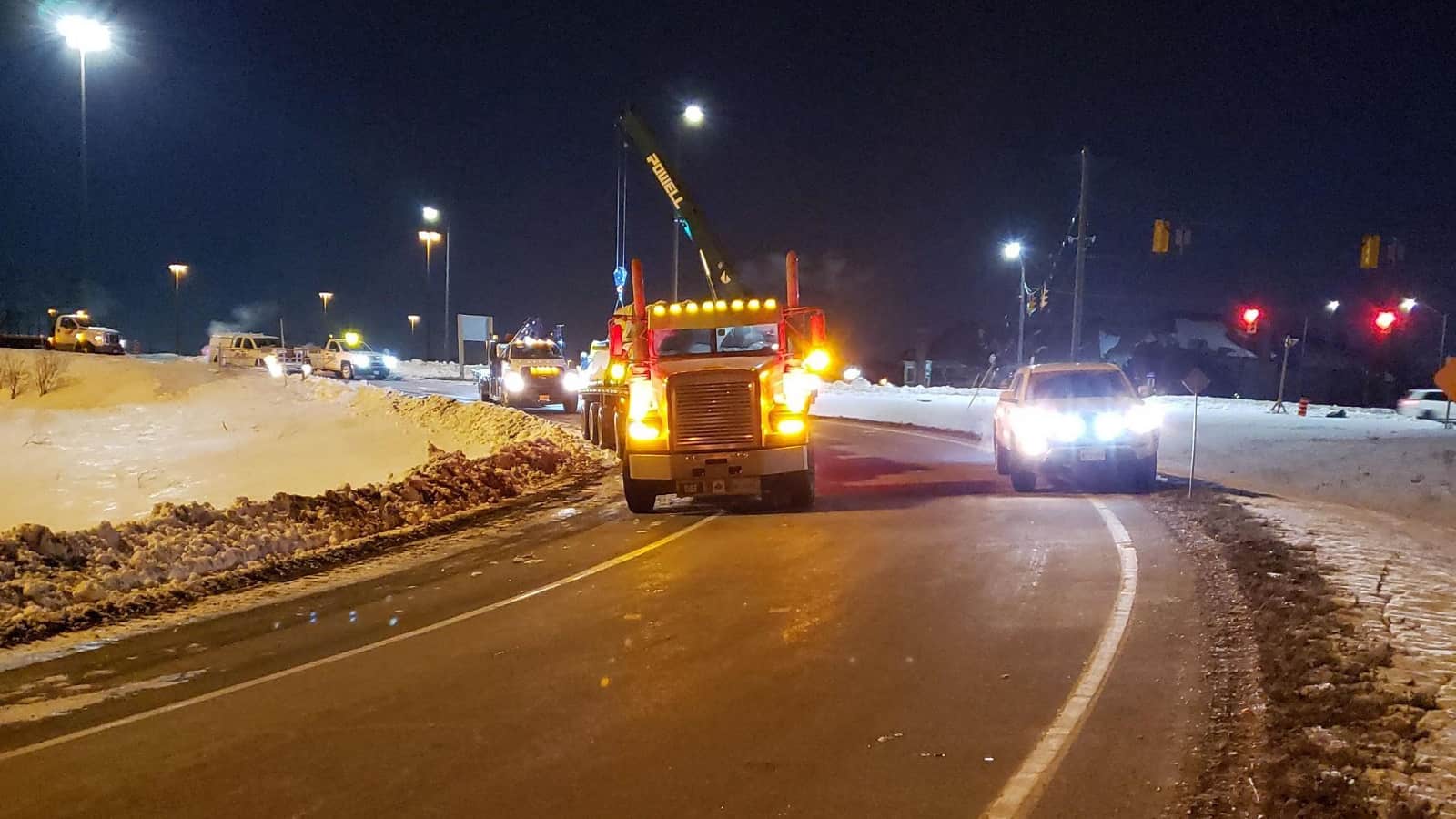 The northbound Hurontario St. on-ramp to Hwy. 403 eastbound will be closed to late-night and overnight traffic for the next few nights as crews work on the huge light rail transit (LRT) system planned for the area.

The closure will be in effect from 11 p.m. to 5 a.m. tonight, tomorrow night and Friday night, officials with the Hurontario LRT project say.

Crews are installing temporary concrete barriers on the on-ramp this week. They remind motorists to be aware of the closure and follow detour signs in the area.

Officials with Metrolinx, the agency overseeing the massive Hurontario LRT project, say motorists, residents and others should also be aware of other construction hotspots along the LRT route.

These include work in and around:

🚧 Construction Update: From tonight to Friday night, 11pm-5am, crews will be working on Hurontario St. and the 403 N/E ramp to install temporary concrete barriers. During this time, the ramp will be closed. Please follow detour signage in place @citymississauga @PeelPublicWorks pic.twitter.com/VfzR3oomTX

One specific area where work will begin on Thursday (Jan. 27) is the sidewalk on the east side of Hurontario St., between Eaglewood Blvd. and Park St., near Port Credit GO station.

A portion of the sidewalk will be closed for the next four months so work crews can build a retaining wall.

Metrolinx says signage is on-site to direct pedestrians to the sidewalk on the west side of Hurontario St.

When completed in fall 2024, the Hurontario LRT will move passengers from Port Credit GO station north into Brampton, with 19 stops along the way. 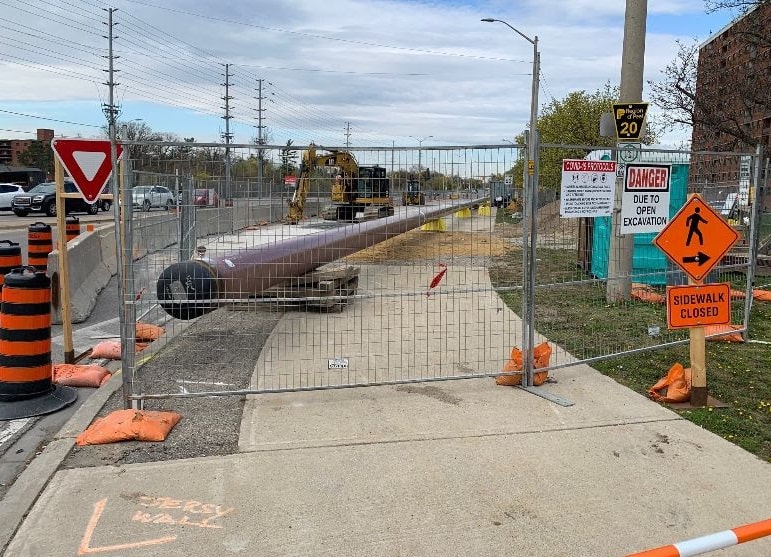 Part of the sidewalk on the east side of Hurontario St., near Port Credit GO station, will be closed the next four months as work crews build a retaining wall. (Photo: Metrolinx)