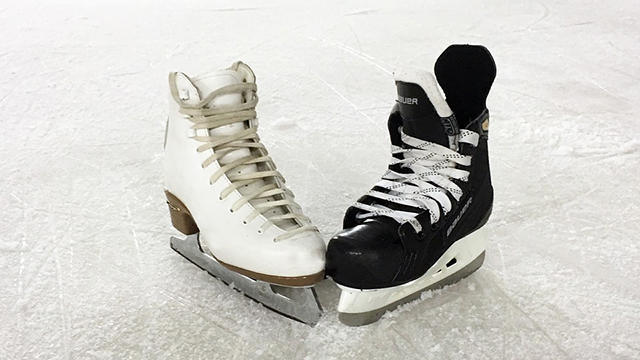 Burlington’s skate lending program has expanded to the Appleby Ice Centre in the city.

Burlington’s skate lending program has expanded to the Appleby Ice Centre in the city.

With this program, the city collects gently used skates, and skating equipment for other people to use. The goal of this program is to make skating an accessible activity in the city.

“The goal of the program is to increase physical activity for all ages and remove barriers to participation,” Ann Smith, Supervisor of Sport Development, said in a press release.

Donations, according to the press release, can be dropped off at any City of Burlington community centre, arena or pool, City Hall, as well as Emma’s Back Porch, Gator Ted’s and Wendel Clark’s Restaurants.

This skate lending program is available at the Burlington Rotary Centennial Pond on weekday evenings, weekends and holidays. The exact hours are as follows.

Now, as mentioned, this program is also available at the Appleby Ice Centre.

According to the release, residents of all ages are able to access a variety of skates and other equipment on a first come first serve basis, year-round. The Skate Hub can be found in the lobby of ice pads one and two.

No sign-out form is required and there is no time limit on the equipment. The hours of operation are the same as facility hours.

Both locations of the skate lending program have a variety of sizes and are available on a first-come first-served basis.

Photos are courtesy of the City of Burlington.