Burlington’s Canal Lift Bridge will be getting redesign to make it safer, easier to navigate 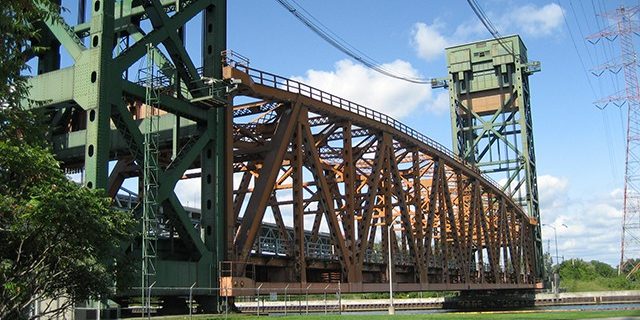 The redesign of Burlington’s Canal Lift Bridge will be done by a Kitchener company, AECOM Canada Ltd.

The $1.86M contract was announced by Filomena Tassi, Minister of Public Services and Procurement.

“The Burlington Canal is an important route for both local and national transportation needs,” said Tassi.

“These improvements to the Burlington Lift Bridge will help reduce gridlock, increase access for pedestrians and cyclists, and extend the lifespan of the bridge.”

AECOM will design and replace the lift span’s bridge deck, restore the approach spans and widen the sidewalk areas to allow more space for pedestrians and cyclists to cross safely and also improve traffic flow.

These changes are expected ensure the safety of bridge users for years to come. This project will provide a boost to the local economy and extend and maximize the life of the bridge by approximately 50 years for both the deck and sidewalk, and around 30 years for the approaches.

The construction contract is expected to be issued by late summer 2022, with construction anticipated to begin in winter 2023, and completed by the middle of 2024.

Since 1830, five different moveable bridges have been located on this site.

The current bridge was opened in 1962 and carried two lanes of vehicular traffic across the canal. This structure was originally designed to carry train tracks for the Hamilton-Northwestern railway. The train tracks were removed in 1982 and the road widened to four lanes.

The bridge spans the width of the Burlington Canal which was opened in 1826. Once a narrow cut, the canal now provides Burlington Bay (Hamilton Harbour) with navigable access to the Atlantic Ocean.

The bridge structure is a tower driven, vertical lift and moveable bridge. The lift span is 116 metres long, weighs 1,996 tons, and has a vertical lift of 33.5 metres.